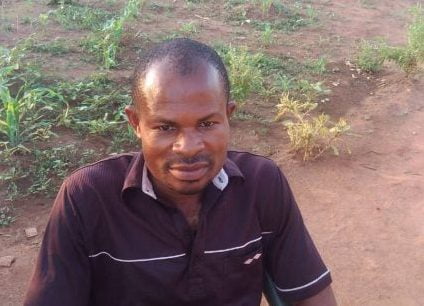 Rev. Father Joe Ben, who is in charge of St. Raphael Divine Mercy Specialist Hospital, Ikorodu, Lagos State, where a new born baby was alleged to have been stolen, has described the situation as one caused by human error.

According to Ben: “I don’t know why the couple is bent on dragging the hospital down because of a human error.

“The Chief Medical Director of the hospital, an orthopaedic surgeon, is a knight of the Catholic Church.”

It will be recalled that a Nurse, Faith Obinna, on Monday accused the hospital and doctors who took delivery of her baby of stealing one of the babies, which she insisted were twins.

Trouble started after Obinna’s three scans showed twins, but on the day of delivery, which was through a Caesarean Section, she was delivered of just one baby.

The distraught mother opined that the hospital stole her second baby while she was under anaesthesia.

The hospital, however, insisted that the problem was caused by scan error.

Doctor U. Uzoma, a consultant gynaecologist, who explained that he and six other doctors took delivery of Obinna’s baby, explained that in January, she did another scan with a female staff, which showed a single foetus.

While the scan was ongoing, Obinna said the previous scan revealed two babies, which necessitated inviting the male staff who conducted the first scan, to take a look.

The male staff said he saw two foetuses, while the female staff argued that it was one.

Uzoma said: “The female staff asked him to write the report of the scan, which she signed without informing any of the doctors.

“Unfortunately, when Faith did the third scan, still by the male staff, two foetuses were confirmed.

“The hospital worked based on the scan report.

“We prepared for the delivery of two babies.

“She was delivered of one baby and immediately we brought her husband into the theatre to see for himself while she was still open.

“He wasn’t surprised because the first scan she did elsewhere confirmed one.”

According to Uzoma, a few days later, Obinna and her husband dragged the management to Alagbon Police Station, where the case is presently being investigated.

They have also served a court notification order demanding for N250 million.

Faith’s husband, Alo Obinna, 44, said all he wants right now was for the hospital to present him with his second baby.

Police have asked the couple and hospital to go for amicable settlement, but Alo said he only wants his baby.

He explained that he had to cause a ruckus at the hospital, together with his family members and pastor, before his wife’s scan results were given to him.

He has presented the results to detectives at Alagbon as evidence.

Alo said: “We all insisted on the results.

“I paid for them.

“The Reverend said that if the results were given to us, that we would use as evidence to shut down the hospital.

“He refused to release it until we invited our pastor to meet at the hospital.

“The Reverend asked for our mercy.

“When I went outside with my pastor after the results had been released, my pastor told me that judging from the way the hospital staff was talking, it was clear they had sold the baby.

“A detective from Alagbon followed me to the hospital and recorded everything.

“The case has been stalled because of the outbreak of COVID-19.”