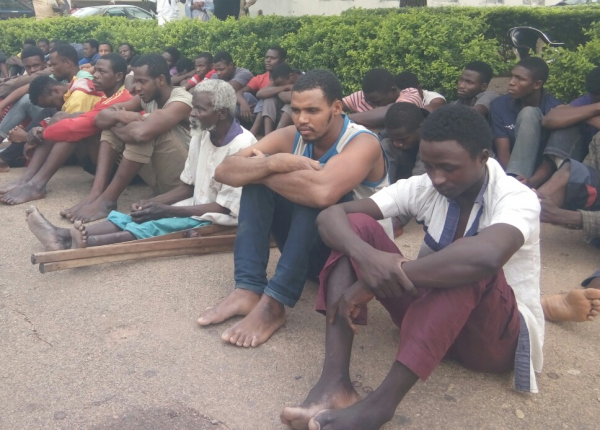 The Management of Akwa Ibom University says it would expel four undergraduates for their alleged involvement in the rape of a female student of the institution at Obio Akpa campus in Oruk-Anam Local Government Area.

The Head of Directorate of Information, Public Relations and Protocol of the University, Akaninyene Ibanga, disclosed this to newsmen on Friday in Oruk-Anam.

Ibanga explained that the University management would expel the students based on the outcome of police investigations on the matter.

He said the police could not exonerate them because the victim had obtained a medical report to support their investigations.

He said: “The students were first suspended by the university authorities as normal procedure to allow them attend police interviews as part of investigations to establish their level of involvement in the crime.

“There is no way the police will exonerate them because the victim had obtained a medical report to back up police findings.

“Once the police concludes their investigations and sends the report,  the university would expel them.

“Kindly be informed that the Vice -Chancellor of Akwa Ibom University has taken appropriate disciplinary measures against the four students, who were recently involved in an alleged rape case and caused embarrassment to the University community.”

He said that the Vice Chancellor had directed the Registrar and Secretary of Senate, John Udo, to issue letters to the four culprits on April 8.

He said the University had received a security report on March 23, to the fact that four male students allegedly raped and caused severe bodily harm to a female student of the Department of Performing Arts and Mass Communication.

He explained that the suspension letters were issued in line with the University rules and regulations as enshrined in the Student Information handbook.

He said the Vice-Chancellor, on behalf of the Senate, had directed that the studentship of the culprits be suspended indefinitely, for gross misconduct which constitutes a breach of the matriculation oath with effect from the date the letters were written.