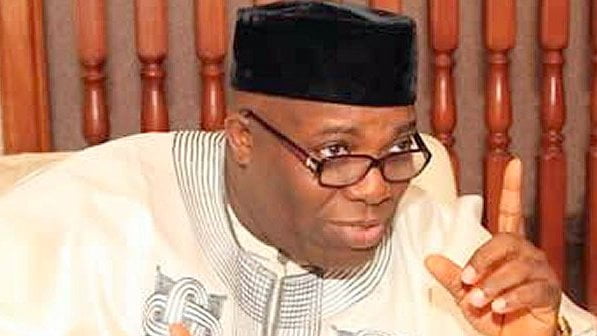 Salam told Justice Ijeoma Ojukwu of the Federal High Court, Abuja, while testifying in the ongoing money laundering trial filed against Okupe and two others by the Economic and Financial Crimes Commission.

The witness, who is currently a lawmaker representing Ede North, South/Egbedore/Ejigbo Federal Constituency of Osun, was the head of the media to Okupe.

Salam, who said he was placed on N300, 000 monthly salary while being led in evidence by Joe Gadzama, SAN, counsel for Okupe, also explained that he worked between Dec. 3, 2012 and May 2015.

Salam said he neither laundered any money on Okupe’s behalf nor was he aware that his boss engaged in any money laundering act at the time of working with him.

“As far as I know, Dr Okupe did not have any personal house in Abuja.

“He is upright and we never found him wanting as our boss,” he said.

The witness, who stated further that he was not aware of any petition against the defendant on any matter, said EFCC or any other body had never invited him (Salam) on account of his stewardship as the head of the media to Okupe.

The News Agency of Nigeria reports that Okupe is facing 59 counts bordering on money laundering and criminal breach of trust to the tune of N702 million.

While Okupe is the 1st defendant, Value Trust Investment Ltd and Abraham Telecoms Ltd are 2nd and 3rd defendants respectively in the suit.

The witness said during the period of his employment, the media office had relationship with scores of local and international media houses, including online platforms.

“We also have dealings with media influencers to promote the image of the president,” he said.

He said the office usually organised weekly press conference which, at times, happened twice a week to inform the public about some activities of the government.

The witness said Okupe’s office often paid for the flight tickets and hotel accommodation of journalists who came outside Abuja to attend the press conferences.

He told the court that the invited journalists were given honorarium and that such payment did not go with receipts.

Salam, who disagreed that the defunct Federalist Newspaper was a private limited company, said it was a publication of the Office of the SSA to the President on Public Affairs to project the activities of the then government.

He said a programme on the Nigerian Television Authority called The Insight was paid for by Okupe’s office contrary to the insinuation that it was part of the corporate social responsibility of the TV station.

“We engaged consultants very often on pressing issues and those consultants were paid for by Dr Okupe.”

He said Okupe paid for all these services through the money he got from the then Office of the National Security Adviser to the President headed by retired Col. Sambo Dasuki.

Salam, who said Deji Adeyanju, among others, also worked in the office as media influencers and were duly paid by the office, said to the best of his knowledge, none of the workers in the office was owed any salary.

He said no fewer than 30 people worked under Okupe at the time.

“There were two persons who are special assistants to the president working with Dr Okupe but junior to him in hierarchy.

“We have Research and Documentation, Media, Public Relations and Admin Units in that office. And under the Media Unit, about five people worked with me,” he said.

The witness admitted that N10 million was paid on a monthly basis from Dasuki’s office to the SSA on Public Affairs’ office for logistics and others.

According to the witness, the money was being paid cash.

He said though he was aware that Okupe was on a monthly salary being paid through the Office of the Secretary to the Government of the Federation, he did not know how much he was paid.