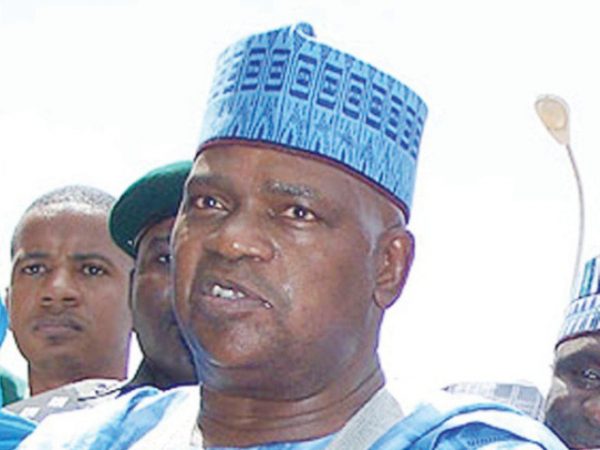 The Federal High Court sitting in Jos on Friday further adjourned the alleged N6 billion alleged fraud case labeled against former Gombe State Governor, Senator Danjuma Goje by the Attorney General of the Federation.
NAN reports that the EFCC has been prosecuting the case for almost eight years until on June 7, when it handed over the case file to the AGF.
NAN reports that the anti-graft Agency filed 21 count charge of alleged N25 billion against Goje but later narrowed it to N6 billion.
Again 19 of the 21 charges were later struck out leaving only two count in Goje’s “submission of No Case”.
The case, which is before Justice Babatunde Quadiri of Jos Federal High Court II, has even gone to the Jos Court of Appeal as Goje appealed against decision of lower court with no date fixed for the matter before EFCC hands off.
When the case came up for hearing on Friday before Justice Quadiri, Pius Akutah, an Assistant Chief State Counsel, in office of AGF, applied for a short adjournment to enable them study the case file.
He said: “My Lord, l wish to confirm to this honorable Court that the EFCC has formally forwarded the case file to us, having taken over the matter from them on June 7.
“We are aware that on that day, June 7, the case was adjourned for further hearing, but because we are still studying the case file to have full grasp of entire matter, we shall be asking for a short adjournment.”
Responding, Aladele Oyelami, Counsel to Goje, did not object to the application for adjournment.
He said: “My Lord, on our part we are not objecting to the application made the the prosecution counsel.”
Justice Quadiri however adjourned the case to July 4, for further hearing.