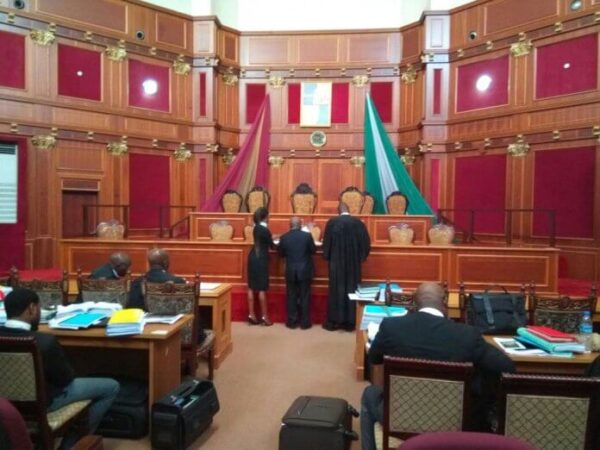 Justice Mohammed Liman of a Federal High Court in Lagos has adjourned further hearing in the alleged N2.9 billion fraud case against a former staffer of Eunisell, Kenneth Amadi, and a firm, IDID Nigeria Limited, to April 29.
The adjournment, came after Amadi’s lawyer, S. J. Ogogoyibo, informed the court that the defendant (Amadi) is in talks with the Federal Government on the possibility of settling the matter out-of-court.
However, a lawyer, A. Adeoti, who appeared in court to watch the brief of the complainant, said he was not aware that the parties are engaged in settlement talks.
In the absence of any opposition to the request for adjournment by the prosecution’s lawyer, Justice Liman adjourned the matter to April 29 for the report of the settlement or defendant’s arraignment.
Amadi, who was dragged to court over the alleged offence by the Federal Government, had continuously refused to appear in court for his arraignment over the charge.
He is scheduled to be arraigned alongside a firm, IDID Nigeria Limited, over the alleged offence.
The charges against the defendants include receiving and obtaining by false pretence, with intent to defraud, the sum of N2.9 million belonging to Eunisell Limited, from A-Z Petroleum Limited and AMMASCO International Limited; omitting making full and true entry thereof in the books and accounts; suppression of data in respect of the financial transfer to Eunisell Limited; and converting same amount without authority to create sufficient deposits to promote the credibility of his own company, IDID Nigeria Limited.
The offences are contrary to section 1(1)(a) of the Advance Fee Fraud and other fraud related offences Act, CapA6, laws of the Federation of Nigeria, 2004 and punishable under section 1(3) of the same Act.