Alleged forgery: AGF to produce 10 witnesses against University Professor, others 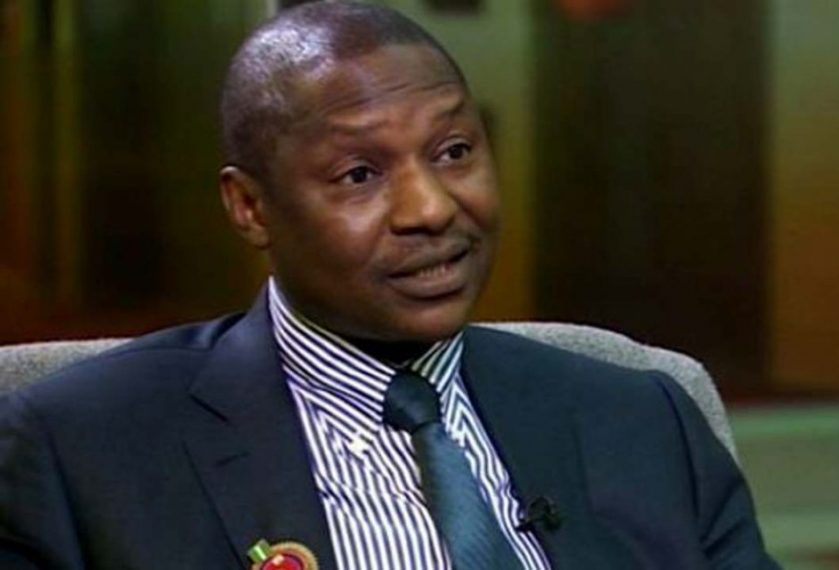 The Attorney-General of the Federation (AGF), Abubakar Malami, said about 10 witnesses would testify in a suit filed against Prof. Obiajulu Obikeze and four others over allegations of forgery of chieftaincy documents.

Counsel to the AGF, Ewere Aliemeke, made this known Friday before Justice Inyang Ekwo of a Federal High Court, Abuja.

Upon resumed hearing, Aliemeke, who held the brief of Joe Agi, SAN, informed that the matter was scheduled for report.

“We are pleased to inform the court that we have been able to retrieve the file of the case from the Office of the Attorney General of the Federation,” he said.

“How many witnesses are you calling?” the judge asked.

“We are going to call about 10 witnesses,” he responded.

But Chief Okey Obike, who appeared for the defendants, said an application seeking an order dismissing the charge had been filed.

“It was filed on the 19th day of April, 2022. We are saying that this charge is a complete abuse of court processes,” he said.

Aliemeke, who acknowledged the receipt of the application, said the prosecution had responded to the process.

“But we intend to add one or more things to the process filed by the previous counsel,” he said.

Justice Ekwo adjourned the matter until December 14 to hear the preliminary objection of the defence.

Recall that on June 10, the AGF took over the case from the Nigerian police, the former prosecution.

Obikeze, who works with the Chukwuemeka Odumegwu Ojukwu University, formerly known as Anambra State University Igbariam in Anambra, was arraigned on Feb. 22 alongside others on 11 counts.

Offor is current President-General of Awa Community in Orumba North LGA and a retired director with Anambra Ministry of Education; Chief Ezue, a tyre merchant in the northern states of the country; Sir Nwafor, an architect by training and Bethram was a retired headmaster at a primary school in Agulu in Aniocha LGA of the state.

The charge marked: FHC/ABJ/CR/184/2021 dated and filed on July 6, 2021, the defendants were alleged to have committed the offence around Jan.15, 2019, at Awa, Orumba North Local Government Area of Anambra.

In count one, the five defendants, and others now at large, were alleged to have conspired to commit forgery offence contrary to Section 3(6) and punishable under Section 1(2) (c) of the Miscellaneous Offences Act, Cap M17 Laws of Nigeria, 2010.

While count two accused them of uttering forged documents, count three accused them of making “a forged letter to the Special Adviser to the Governor of Anambra on Chieftaincy and Towns Union Matters.

The document is titled, “Submission of Awa Chieftaincy Constitution,” knowing it to be false, with intent that it may be acted upon as genuine at the Government House, Awka, Anambra State.”