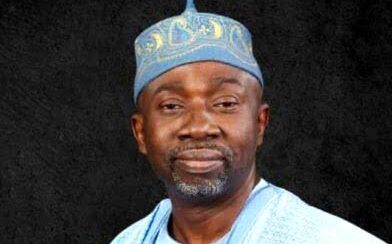 Abdul-Ahmed Mustapha, an All Progressives Congress (APC) governorship aspirant in the May 26 governorship primary election in Lagos State, has appealed to the National Working Committee(NWC) of the party to nullify the election.

He made the call following his alleged exclusion from the governorship primary election.

Mustapha, a former Permanent Secretary, Ministry of Energy and Mineral Resources in the state, in a statement on Sunday in Lagos, described his disqualification and exclusion from the election as illegal.

“I strongly request that the exercise be nullified and a new primary conducted in a free, fair and transparent manner in the State. The All Progressives Congress (APC) is a beacon of truth and hope for us and future generations.

“Lagos residents should not perceive such a high level of impunity as a modus operandi in the Party’s operations. All Progressives Congress (APC) must take the proper steps to protect the image of the Party,” he said.

Mustapha explained that on May 10, he purchased the Expression of interest and Nomination forms to contest the Lagos State Gubernatorial seat, which was completed and submitted on May 11 within the time frame.

According to him, on May 14 at Fraser Suites, Abuja, he was also screened by the party.

Mustapha added that he did not doubt that he met all the screening criteria as contained in the party’s guidelines, the party’s constitution, the Electoral Act and the 1999 Constitution of the Federal Republic of Nigeria.

“The information should have been before the gubernatorial congress on May 26. I had the impression that all was well and continued with my consultations from ward to ward basis in the State.

“My profile during the consultation increased exponentially amongst delegates, party faithful and the good people of Lagos State at large. I made several efforts to get the process details at the National and the State Party headquarters, but all actions met brick walls,” he said.

“None of the details requested nor the materials listed were made available to me.

“I now believed the silence and exclusion were deliberate and calculated to technically shut me out of the race and trample upon my rights with gross impunity.

“On getting to the Mobolaji Johnson Arena, through speculations on May 26, I was turned back at Onikan Stadium’s gate despite introducing myself as a gubernatorial aspirant to the security men on duty.

“Efforts to get the State and National officials were unsuccessful until I finally reached Dr Mohammed Bashir, (Lagos Committee Secretary).

“He (Bashir) claimed that I was not cleared to participate in the election. This information was news to me as I heard it for the first time,” Mustapha said.

He said that the impression given before the primaries was that there were three gubernatorial aspirants contesting for the party’s governorship ticket in the state.

“I have raised an appeal despite the difficulties encountered along the process.

“I believe that I, with the other aspirant, were deliberately shut out to allow the Party chieftain’s aspirant to emerge despite being an incumbent Governor.

“The process and actions taken by the National and the State officers violated all relevant laws of the land.

“They amounted to gross abuse of power and breach of the trust of members of our great party, which had been vested in the Party Officials at the State and National levels,” he added.

NAN recalled that Alhaji Adamu Yuguda, Chairman of the five-man electoral committee that conducted Lagos Governorship primary election had on Thursday, told newsmen at the venue of the election that only one aspirant (Gov. Babajide Sanwo-Olu) was cleared for the primaries.

Yuguda stated this while reacting to allegations that the two other aspirants in the race, Mustapha and a former Commissioner,  Wale Oluwo were prevented from attending the primary election.

NAN reports that Gov. Babajide Sanwo-Olu was declared as the winner of the primary election.