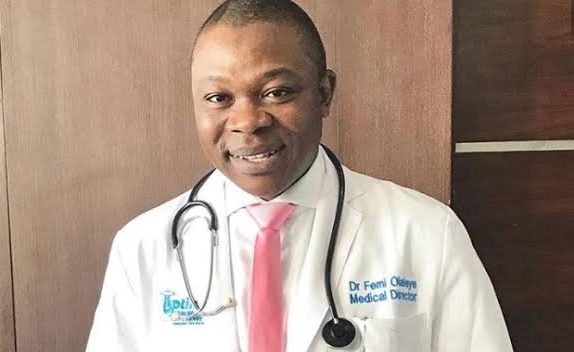 The absence of a medical director, Femi Olaleye, in an Ikeja Domestic Violence and Sexual Offences Court on Monday  stalled his arraignment.

The News Agency of Nigeria reports that Olaleye was to be arraigned for the alleged defilement of a 16-year-old girl (name withheld).

Justice Ramon Oshodi adjourned the arraignment of Olaleye until Nov. 30, following his absence in court.

The State Counsel,  Oluwagbenga Alagbe, informed the court when the case was called that they were ready for  arraignment  but unfortunately, Olaleye was not in court.

Alagbe told the court that the prosecution had done the needful in a letter dated November 18, sent to the suspect, the Investigating Police Officer, IPO, to notify all parties of today’s proceedings.

He subsequently urged the court to issue a bench warrant against him.

The defence counsel,  Babatunde Ogala, SAN, in his response, apologised for his client’s absence, noting that he was out of town as at the time the  letter was sent to him.

He argued that the suspect was not served but they were ready to receive the process on his behalf.

Ogala urged the court to grant them further dates while assuring the court that he would be available at the next date of adjournment.

NAN reports that there was a mild drama after the court proceedings, where one of the counsels,  Olusegun Fabunmi, SAN, who  appeared for Olaleye, harassed and humiliated a group of journalists for capturing the event.

Fabunmi ordered the court officials to seize the phones being used by the reporters, arguing that journalists do not have right to video recording outside courtroom.

NAN had on Nov. 20 reports that the Lagos State Government had sent  a letter of notification titled, “State of Lagos vs Dr Olufemi Olaleye,” signed by the Principal State Council of DPP, Oluwagbenga Alagbe to the office of the medical doctor to make provision for a legal practitioner of his choice.