Alleged $7b debt: AMCON speaks on reported take over of Dangote Refinery 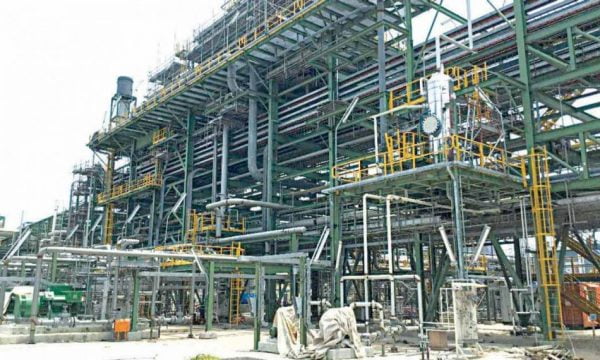 The Assets Management Corporation of Nigeria has spoken on the report that it could take over the Dangote Refinery over debts owed by the Dangote Group to banks.

The position of AMCON was stated by its spokesman, Jude Nwauzor, in an interview with LEADERSHIP newspaper.

Nwauzor there was no basis for the story as reported by some online news platforms, which had it that Africa’s richest man, Aliko Dangote, could forfeit the Dangote Refinery over a $7 billion debt burden owed to commercial banks in the country with a possible take over by AMCON.

He said neither Dangote Refinery or Dangote Group is on its debtors’ list, hence it couldn’t have plan to take over the assets.

The Head of Corporate Communications at AMCON told LEADERSHIP that since the Dangote Group is not on its debtors list, the rumour that it was planning to take over the assets of Dangote Refineries is false.

Multiple sources in the Dangote Group also said the report was “false and malicious” as the group has the capacity to service and pay its debt.