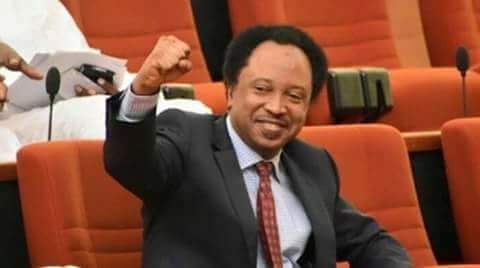 The Economic and Financial Crimes Commission, on Monday in a Federal High Court, played an audio recording in the trial of a former senator, Shehu Sani, charged with alleged $25, 000.

At the resumed hearing, the EFCC played the audio recording, which is in Hausa language, said to be a conversation between Sani and the complainant, Alhaji Sani Dauda, owner of ASD Motors in Kaduna State.

Iheanacho told the court that Aliyu had the conversation translation in English but the tape could not play back due to technical difficulties.

Aliyu, an EFCC investigator, told the court that investigation showed that there was evidence of financial transaction between Sani and Dauda.

He also said that the former EFCC chairman, Ibrahim Magu was interviewed orally in the course of investigating the matter but that there was no written statement from him.

Iheanacho also tendered a proforma invoice for the purchase of a Peugeot 508 vehicle at the cost of N17.5 million through Aliyu which was admitted in evidence.

Under cross examination by Sani’s counsel,  Abdul Ibrahim, SAN, the witness, told the court that the $25,000 was handed over to the EFCC by  Dauda, the complainant and not by Sani.

Ibrahim said that the invoice was in relation to a transaction involving the purchase of a car since the complainant is a car dealer.

The trial judge, Justice Inyang Ekwo adjourned the matter until March 16 for continuation of cross examination.

The News Agency of Nigeria reports that Sani is being prosecuted by the EFCC on two counts bordering on obtaining money by false pretence.

NAN also reports that the prosecution has so far called 10 witnesses out of the 14 it had listed, to prove its case against the former lawmaker.