Allegations of corruption hit Nigerian association in US, Canada 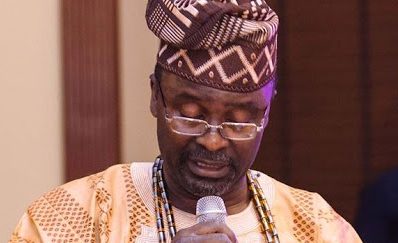 Allegation of corruption has hit a Nigerian ethnic association in US and Canada following the demand for immediate resignation of four of its national officers.

The association has no fewer than 17 chapters in the US and two in Canada: OPAC and Egba Heritage Association of Canada.

According to Shodunke in his petition, his consistent constructive criticisms of the current leadership, where he served two terms as the Public Relations Officer, led to his ongoing persecution by the Gbajobi-led Executive Council.

It was gathered that in a second petition addressed to the four officers, the former President of OPAC said his renewed call followed their refusal to throw in the towel following his prior complaint sent to the Joint National Council and some members of the association.

Shodunke said: “For the last time, I am writing you for two major reasons: one, since your infantile clairvoyance claim that my prior letter did not get to your hands because it was not addressed to you; and two, for me to leave the record of your misdeeds in the annals of ENA for the coming generations to see the humongous level of atrocities committed by you all.”

The former president stated that like he predicted on the officers’ refusal to quit over the offences, their continued stay “in the face of incriminating allegations, despite your exposure to modern world, is still engraved in your psyche.

“This is why you refused to throw in the towel in the face of undeniably committing nepotism, corruption and maladministration while in office.”

Shodunke, a journalist, who insisted that he has proofs to support his allegations, likened the recalcitrance of the officers to resign to the current attitude of the Minister of Communications and Digital Economy in Nigeria, Isa Pantami, over demand for the minister’s resignation.

He added: “Am I surprised?  Not at all.  At least presently, your ‘father’ in misdeeds, the Minister of Communications and Digital Economy in Nigeria, Isa Pantami, has decided to hang on to his office in the face of calls for him to resign following the discovery of his links with the dreaded extremist Islamic sects – Al Qaeda and Taliban.

“But, why don’t you behave like your fellow Ogun State indigene, ex-Finance Minister, Mrs. Kemi Adeosun, who resigned based on principle when faced with undeniable corruption?  You all lacked such pedigree,” Shodunke said, adding: “Shame!  If you have a name, integrity and reputation to protect over your ginormous misdemeanors you should quit now.”

Shodunke, who quoted several verses in the Bible to support his claim, explained his decision to prior resign as the ENA image maker, saying it was due to his displeasure on the running of the association.

His words: “The above misdeeds, when I got teemed up, formed part of the reasons why I resigned, as Public Relations Officer (PRO), from ENA Executive Council in May 2020 before I was pleaded with – via a letter signed by Fela Yemitan – to rescind my decision, which I did.  Since then, I was merely waiting with bated breath for the tenure to end.

“Let me make it clear that should you decline to throw in the towel, I will plead with ENA members who cherish honour, integrity, detest corruption, and loathe lack of accountability, among others, to urge you to step aside and institute a probe panel where I will tender undeniable and provable pieces of evidence to justify my myriad of allegations presented underneath.

“These undeniable proofs may, and will, include documents, conversations, video recordings, witnesses and other verifiable communication references – undiluted.

The ex-President listed 10 allegations against Gbajobi and other officials’ offences and stressed that he was ready for likely consequences “if it is court, no doubt, I dey kampe.  And I will not only expose all of you, but disgrace you, even with cost awarded against you.”