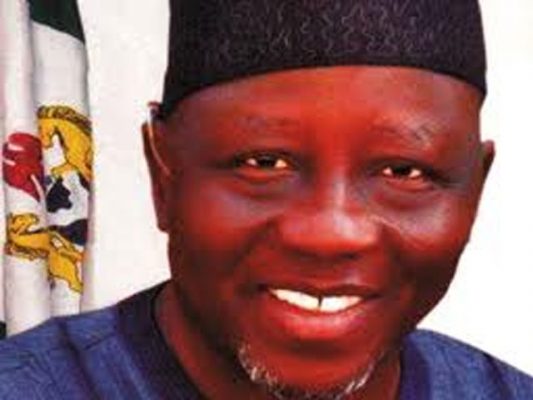 The Nasarawa State House of Assembly on Tuesday rejected the verdict of the panel set up by the state Chief Judge to investigate 16 allegations of gross misconduct leveled against Governor Umaru Tanko Al-Makura.
Hon. Mohammed Ibaku, the House Committee Chairman of Information, gave the position of the House at a news conference in Abuja.
Ibaku said the House had earlier expressed reservations over the composition of the committee and would therefore not recognise any decision taken by it.
He said: “We want to bring to the notice of Nigerians that the Nasarawa State House of Assembly totally dissociates itself from the decision reached by the panel set by the Chief Judge of the state, which has cleared the governor of allegations leveled against him by the House.
“As far as we are concerned, the governor is yet to be exonerated of charges leveled against him.
“We are not going to go to court because the matter is a constitutional matter that cannot be resolved by any court.
“We will take a firm position on the matter in due course but we will follow the constitution.
“We will not act outside the constitution but be assured that the impeachment process is still on course.”
Ibaku said that the actions and activities of the panel were illegal and a gross violation of the constitution of Nigeria.
According to Ibaku, some people want to “cook and eat the law” and it will not be accepted.
The lawmaker dismissed reports that the House had dragged the governor to the Economic and Financial Crimes Commission, noting that he had dragged himself to the anti-graft agency.
He also said that the House would not join issues with the state chief judge on his refusal to reconstitute the probe panel on the request of the House.
He said: “The governor has taken himself to EFCC already.
“The House does not need to drag him to the anti graft body.
“By his actions, he has taken himself to court already.
“The House will not join issues with the chief judge.
“We will allow the law to take its course on matters relating to his conduct.
“For now we are focused on the issue of the impeachment and not the conduct of the chief judge.”
In a related development, the Peoples Democratic Party stakeholders in Nasarawa State have expressed support for the position of the legislators.
Their position was contained in a communique signed by 84 members of the stakeholders’ forum after its meeting on Tuesday.
“On behalf of the leaders and members of the PDP in Nasarawa State, we strongly reaffirm our support and solidarity for the constitutional actions carried out by members of the House of Assembly in respect of the ongoing impeachment process,” the communique stated.
It called on security agencies to provide adequate security for the legislators in the course of discharging their duties and urged the public to remain law abiding.
It, however, stated that the party would resist attempts by the All Progressives Congress to undermine the ongoing democratic process in the state.
The impeachment panel, set up by the state chief judge, had at its sitting in Lafia on Tuesday quashed all charges leveled against the governor.