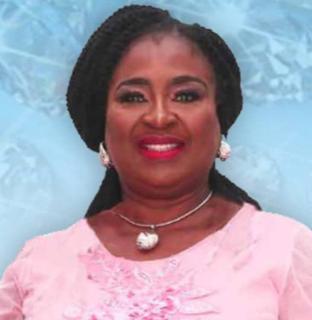 Akpabio will be the Chairman of the Day, while Saraki will be the keynote speaker in the event which holds at Four Points by Sheraton, Victoria Island, Lagos on October 7th, 2021 by 10am.

The event themed: “African Blue World: Which Way To Go?” has the Chairman, House Committee on Maritime and Education, Linda Ikpeazu as the Special Guest of Honour; the Director General of the Nigerian Maritime Administration and Safety Agency, Dr. Bashir Jamoh as the Chief Host; and the Chairman of Starz Group, Engr. Greg Ogbeifun is slated as a Guest of Honour.

According to the Founder of AFMESI, Dr. Felicia Chinwe Mogo, the one-day event would feature several pertinent maritime topics such as; Impact Of Security And Piracy in Maritime Business; Integrated Ocean Management, Science And Governance; Ocean Science And Governance In Marine Environment; Accounting For The Values And Wealth Of The Maritime; and Africa’s position within various ocean-related international laws (int’l).

Recall that at the last event, the Nigerian government and other African nations were urged to address the menace of plastic pollution on the marine environment from the producing companies.

Mogo, who retired as the Director of Marine Environment Management (MEM) at NIMASA,  is a seasoned technocrat with over three decades experience in the Nigerian public sector, having started as one of the pioneer staff of the then Federal Environmental Protection Agency (FEPA) that metamorphosed into Federal Ministry Environment, from Federal Ministry of Environment she was invited to Bureau for Public service Reforms (BPSR) then under the Presidency as one of the reform champions to kick start the Bureau after undergoing trainings.

After two years she returned to the Federal Ministry of Environment until her service was requested for by NIMASA.

As a veteran, she has been a member of Nigeria’s delegation to the International Maritime Organization (IMO) and United Nations meetings, which has given her immense visibility that has earned the country recognition. She had chaired sessions at IMO, developed four IMO documents to the credit of Nigeria and was a Member of United Nations Group of Experts on scientific aspects of marine Environment Protection (GESAMP).

She currently secured the Chair of the correspondence group on marine litter management of the scientific groups meetings on London convention and protocol of IMO for Nigeria. She is a negotiation team member of Abidjan Convention Secretariat on the Management of Coastal and Marine Environment of the Regional Seas of West and Central African for the Region.

Mogo is also fondly remembered at NIMASA where she championed a number of industry developments on marine environment management such as the blue economy agenda, the Marine Litter Action Plan, Ballast Water control, Carbon capture utilization and Storage (CCUS), among others.