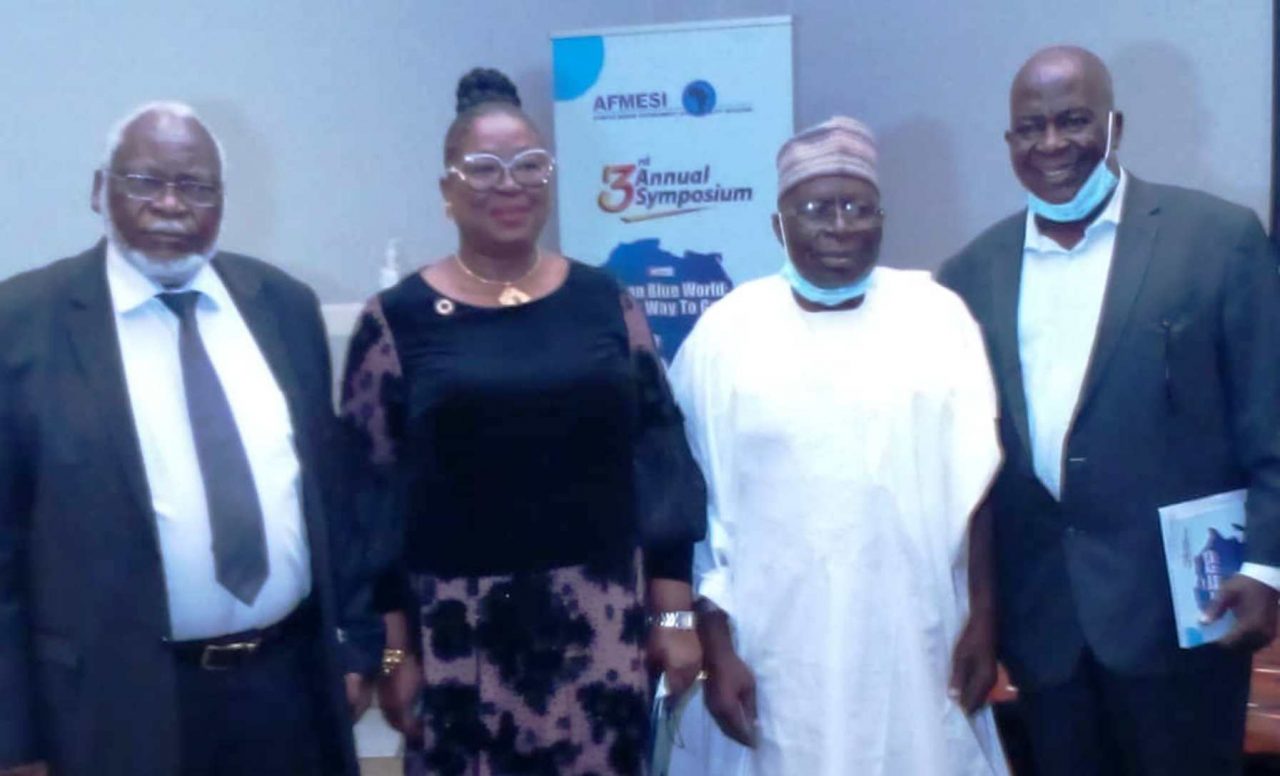 The Minister of Niger Delta affairs, Godswill Akpabio, and Minister of State for Transportation, Senator Gbemisola Saraki, have jointly called on African countries to take advantage of the blue economy for sustainable development of their countries.

This was as stakeholders in the maritime industry called for urgent need for Nigeria to take advantage and utilize all the potential resources of the oceans, seas, rivers and lakes for the socio-economic emancipation of the Nigerian people.

These calls were made during the 3rd Annual symposium of African Marine Environment Sustainability Initiative, with the theme: “African Blue Economy Which Way To Go?” held in Lagos on Thursday.

Akpabio noted that despite the potential benefits and opportunities associated with the aquatic resources, the resources of the oceans and inland waters are under serious threats due largely to neglect as well as climate change and extreme weather situation.

The Minister, who was represented by the Permanent Secretary, Niger Delta Affairs, Dr. Babayo Ardo, noted the impact of pollution arising mainly from effects of overexploitation, exploration and exploitation of the resources, especially petroleum product, and insecurity.

Akpabio further informed that the theme for the symposium is to challenge member States of the African Union of their various roles and contributions to the development of the blue economy, which is projected to generate about  $296 billion with 49 million jobs.

He explained that currently the blue economy initiative is in the front burner as a result of its huge gains in the area of job creation and socio economic development.

He stated that the Ministry will initiate the move to drive the process and work towards the development of Bio Economy strategic framework for the Niger Delta Region.

While calling on Nigerians to take urgent advantage of the growing need to harness and utilise all the potential resources of the oceans, seas, rivers and lakes for the socio economic emancipation of the Nigerian people.

On her part, Saraki noted that the theme of the symposium was apt and coming at the critical moment when the continent is at a crossroads on the urgent need to level-up at the international stage on best trends and practices to beneficially adopt the emerging and lucrative economy, while keeping her oceans, seas and the entire marine ecosystem safe, healthy and sustainable.

Saraki, who was represented by Chief Ofie Adams, a Deputy Director in the Ministry of Transportation, said the blue economy is relevant to all countries and can be applied on various scales from local, national to global levels.

She explained that countries of the African Continent, including Nigeria, are not only integral part of the entire world marine ecosystem, but surely an important components at that.

The Minister of State for Transportation further informed that 38 of Africa 54 countries are coastal with six islands whose combined maritime industry is estimated to worth $1 trillion per year.

She however said to achieve the potential actionable policies formulated by African experts, governments and other stakeholders must be founded on trusted and diversified knowledge base, supported and complemented with management and development of resources that help inspire and support innovation to achieve a deserved lead position in blue economy.

She also noted that residual negative impact of environment and ecosystems degradation  for human progress, development and economic activities associated with it’s livelihood and survival must now be carried out without endangering or destroying the ecosystem of his own environment

She further urged that the role of Science and Technology experts in the formulation of policies at lead positions must be given a place and must not be jeopardised by the perennial religious, socio-cultural and political considerations.

In her opening remarks, President AFMESI, Dr. Felicia Mogo, stated that AFMESI symposium provides platforms for reevaluating the marine environment of Africa both in terms of potential and stressors, adding that it is trying to recommend best strategies to exploration for this resources for the benefit of mankind and preservation of the environment itself.

Mogo said: “So, while doing this we also try to see who to write all the resolutions and the appropriate implementations tools to the benefits of coastal boundaries and their landlocked neighbours across Africa, thereby pointing at growth that not just consider only economic benefits but that starts on social accountability and ensure inclusiveness in calculating Gross Domestic Product.

“Political participation is a key factor for the realization policy for marine sustainability and sustainable blue economy paradigm. This year symposium provides an opportunity for stakeholders to present and share knowledge on several environmental issues related to the future of our marine environment.

“AFMESI is seeking implementation of measures to securing Gulf of Guinea,  inter-regional corporation, the role of science in governing our ocean amongst others; AFMESI believes that at the end of this symposium actionable communique that would come out will spur restoration of African prosperity.”