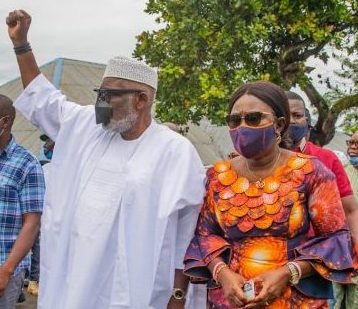 Governor Oluwarotimi Akeredolu of the All Progressives Congress has added Odigbo Local Government to his kitty.

He beat Eyitayo Jegede of the Peoples Democratic Party who scored 9,485. Agboola Ajayi of the Zenith Labour Party garnered 6,540.

Akeredolu had earlier taken the lead in 12 local governments in the results earlier announced by the electoral body.