Ajax set to be crowned Dutch champions after PSV slip 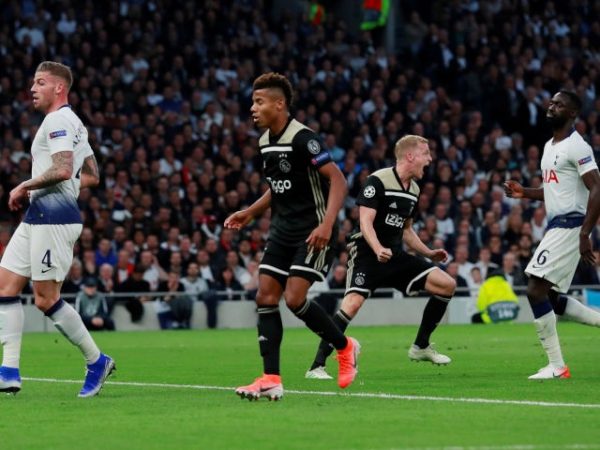 Share
Facebook Twitter LinkedIn Pinterest Email
Dusan Tadic scored twice as Ajax Amsterdam all but claimed the Dutch league title with a 4-1 victory over Utrecht on Sunday as championship rivals PSV Eindhoven slipped to a surprise 0-1 loss at AZ Alkmaar.
Ajax will go into the final round of fixtures on Wednesday with a three-point lead over PSV and 14 goals to the good on goal-difference as they travel to second-bottom De Graafschap.
PSV are home to seventh-placed Heracles.
Klaas-Jan Huntelaar and Donny van de Beek also netted for Ajax as they put behind them the disappointment of their stoppage-time exit from the Champions League at the hands of Tottenham Hotspur this week.
Ajax will extend their record of Dutch title wins to 34 in a season in which they have scored 115 goals in their 33 league games and also claimed the Dutch Cup under manager Erik ten Hag.
Defending champions PSV paid a heavy price for some sloppy finishing as they lost 0-1 in Alkmaar to a Guus Til goal.
Robin van Persie ended his career at Feyenoord in Rotterdam but there was no fairytale finish as they were surprisingly beaten 2-0 at home by ADO Den Haag.
He did hit the woodwork with a first-half effort before going off to a massive ovation in stoppage time at the end of the game.
Reuters/NAN.
AZ Alkmaar De Graafschap Dusan Tadic PSV Eindhoven Utrecht
Share. Facebook Twitter Pinterest LinkedIn Tumblr Email