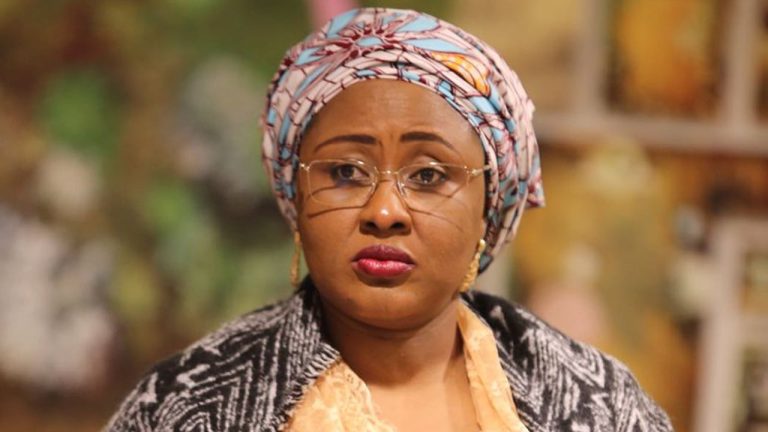 It has been gathered that the wife of the President, Aisha Buhari, is billed to testify against a student of the Federal University, Dutse, Jigawa, Aminu Mohammed, who criticised her on Twitter.

On Wednesday (yesterday), the said student was remanded in prison after being arraigned at the FCT High Court No. 14 in Abuja on Tuesday for cyberstalking and defamation against the First Lady.

Although, Mohammed pleaded not guilty, he was still sent to the Suleja correctional centre without an option of bail.

The 24-year-old who hails from Bauchi State, was allegedly arrested on the orders of the First Lady a few days ago sparking outrage by Nigerians with many calling for his release.

He had  tweeted back in June in Hausa language that the First Lady was feeding fat on the poor people’s money.

The 500-level student was picked up from his school two weeks ago and taken straight to the Presidential Villa where he was allegedly brutalised, beaten, maltreated and humiliated by the police suspected to be men belonging to the Department of State Services.

Recent information available shows that Aisha is among five witnesses assembled by the prosecution to testify against Mohammed in court, with the police alleging that the offence bordering on defamation and cyberstalking, contravened Section 391 of the Penal Code.

The one-count charge against the student marked: CR/89/2022, and dated November 23, reads,  “That you Aminu Adamu, male of Anguwar Sarakuna, Bauch, Bauchi state sometime between May – June 2022 within the jurisdiction of this Honorable court did intentionally open a Twitter Handle with the name @aminullahie Catalyst and screenshot the image of Her Excellency Hajia Aisha Buhari and wrote on it in Hausa language ‘Su mama anchi kudi talakawa ankoshi’ roughly translated to the English language to mean ‘mama has embezzled monies meant for the poor to satisfaction’ and posted same on your above Twitter handle for the members of the public to read, knowing same to be false and capable of affecting her reputation. You thereby committed an offence punishable under Section 391 of the penal code.”

The defendant is to be remanded in Suleja Prison pending the hearing and determination of his bail application, as disclosed by his lawyer, Kinsley Anga.