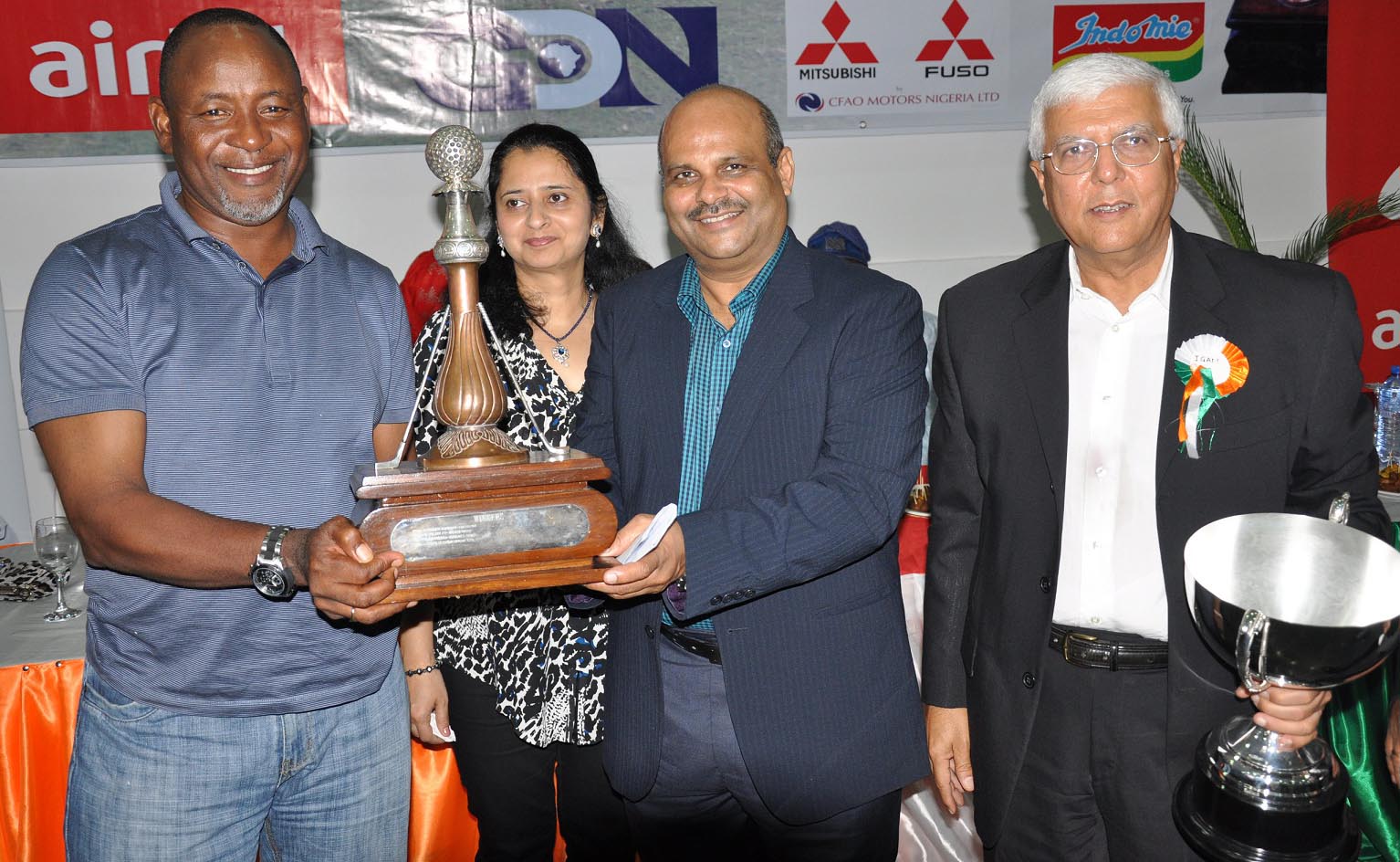 The 2013 edition of the Indian Cup ended at the weekend with winners emerging in different categories, and going home with a range of prizes.
The competition, organized by the Indian Golfers’ Association of Nigeria, and sponsored by leading telecommunications operator, Airtel Nigeria, held at the renowned Ikoyi Golf Course, Lagos, featuring both expatriate and indigenous caddies, starters and professionals golfers drawn from Ikoyi Golf Club 1938, the Nigerian Police Club, Ikeja and Miccom Club, Ada, Osun State.
The Indian Cup, aimed at promoting the game of golf in the country, while rewarding the players, is another move by Airtel Nigeria to highlight its leading role in sports development in Nigeria.
It is the oldest community golf cup in Nigeria.
Speaking at the Gala Nite/Prize Presentation Ceremony, Deepak Srivastava, Chief Operating Officer and Executive Director, Airtel Nigeria, said the company recognises the nationwide passion for sports and would work with identified strategic partners to contribute to sports development across spectrums in the country.
The COO also pledged the commitment of the foremost telecom operator to helping people achieve their life goals while fulfilling its vision of becoming the most loved telecoms brand in the daily lives of Nigerians.
Meanwhile, Akinyombo Gbenga has emerged champion of this year’s edition of the Indian Cup.
He played off a handicap 12, winning on 71 NET to defeat both 2nd placed Odiri Andrew who played off a handicap 14, to win on count back after playing 72 NET and third placed Udoh Uwem who played off a handicap 10, winning on count back after playing 72 NET.
He won a Business Class, Air France all-expense paid vacation in New Delhi, India aside other juicy prizes, including a trophy.
Olukoya Oluremi played off a handicap 4 winning on 78 Gross to clinch the winner’s prize of 42” LG LCD TV and a Samsung Home Theatre.
He defeated 2011 NET Winner, Ayonmike Tim who came third after playing a handicap three on 80 Gross.
In other matches played, Awofala Ewekoro won the Guests NET Category while Evbuomwan Osas won the Veteran Category.
In the ladies competition decided in the early days of the competition, Corporal Adetunji Alaba of the Nigerian Police Club, Ikeja won the Guest category followed in second place by Folashade Oni of Miccom Club, Ada, Osun State, Oyome Evelyn won in the Gross category followed by Carol Majoroh while Nkechi Obini emerged champion in the Net category followed by Joel Gloria.