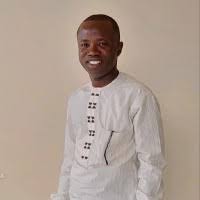 The Assistant Inspector General of Police (AIG) in charge of Zone 16, Abraham Ayim, has officially bowed out of active service in the Nigeria Police.

The Zone 16 Command of the Nigeria police comprises Rivers and Bayelsa states with headquarters in Yenagoa, the Bayelsa capital.

The News Agency of Nigeria (NAN) reports that the retirement of the AIG from the force was a triple celebration as it coincided with his 60th birthday  and the delivery of a baby boy by his daughter.

Ayim’s retirement celebration, which was held at the DSP Alamieyeseigha Memorial Banquet Hall of Government House in Yenagoa, drew dignitaries from all works of life.

Delivering his farewell address, the outgoing AIG expressed gratitude to God for enabling him to reach the peak of his career, stating that “I have no regrets whatsoever about being a police man.

“If I have another opportunity to return to the world, I will come back as a policeman.”

The police chief attributed his successes in the profession to the cooperation of his men and the goodwill he enjoyed from members of the public.

He added that “you cannot police effectively without the assistance of the public. With the support of the public, we were able to surmount our challenges,” he said.

He thanked the governors and governments of Rivers and Bayelsa for their hospitality and support, urging them to extend same warm working relationship to whoever that would succeed him in the zone.

On the 2023 general elections, Ayim urged the officers and men of the police force to be wary of politicians with deceitful tendencies but adhere to professionalism in the discharge of their constitutionally assigned duties.

“Electioneering season is a very delicate period. Be cautious. No police officer should cheaply give himself to politicians to be deceived with a token. Don’t allow yourself to be deceived,” he added.

The Commissioner of Police in charge of the Bayelsa state, Ben Okolo, described the outgoing AIG as an astute police officer who was professional to the core at the point of duty, adding that his meritorious service would be greatly missed.

Okolo wished the AIG a life of fulfillment and good health outside service, pointing out that the retired senior police officer would remain a reference point to him and other policemen in terms of professional advice.

They described him as an astute investigator and a thorough bred police officer who married personal and professional duties with a high sense of professionalism with humility and respect for persons and ideas of those who worked under him, whether great or small.

The highlights of the event were the cutting of the birthday/farewell cake and presentation of gifts from zone 16 and other groups to the retired sheriff.

Before his appointment as AIG in 2021, Abraham Ayim, who hails from Ogoja Local Government Area of Cross Rivers state, held several key positions in the force and became the commissioner in charge of administration in the Department of Finance and Administration, Force Headquarters, Abuja.