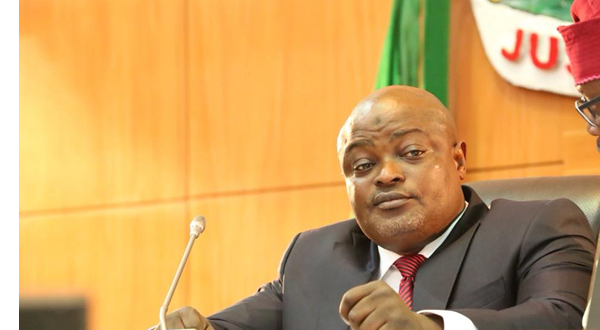 Share
Facebook Twitter LinkedIn Pinterest Email
Leaders of the All Progressives Congress in Agege Federal Constituency were unanimous on Sunday in their call for investigations into the circumstances that led to the death of a party member at the party’s local government congress in Agege LG on Saturday.
They equally called on relevant security agencies to ensure that culprits indicted in the incident were brought to book.
Addressing journalists in Lagos on Sunday, the party leaders, led by the Speaker of the state House of Assembly, Rt. Hon. Mudashiru Obasa, decried the violence that erupted after the congress had been successfully concluded, leading to the death of a party member, Nurudeen Olanose.
Speaking earlier, the Chairman of Agege Local Government, Alhaji Ganiyu Kola Egunjobi, stated that the congress had been concluded successfully before supporters and thugs loyal to an House of Assembly aspirant in the local government unleashed terror on the people.
“I was even back in my office after the successful completion of the congress when I was informed the violence being unleashed on the people,” Egunjobi said.
Obasa stated that the leadership of the party should investigate the killing of Olanose.
He said: “The police should also do the needful by not only investigating the death of Olanose but also ensuring that those found culpable be brought to book.”
According to him, the APC is a united party in Agege.
He said: “You can see that all the party leaders are here, so we have no crisis.
“It’s the inordinate ambition of one man that’s causing this violence.”
Others who spoke at the event: Hon. Taofeek Abiodun Adaranijo, member representing Agege Federal Constituency in the House of Representatives; Hon. Oluyinka Ogundimu, member representing Agege State Constituency 2 in the state House of Assembly; Dr. Samuel Babatunde Adejare, state Commissioner for Waterfront  Infrastructure; pioneer Chairman of the local government, Chief Owolabi Dada; and the party leader in Agege, Chief Safari Adaranijo, all condemned the violence that led to the killing and were unanimous in their call for investigation into the matter and culprits being brought to book.
Agege Federal Constituency Alhaji Ganiyu Kola Egunjobi All Progressives Congress Nurudeen Olanose Rt. Hon. Mudashiru Obasa
Share. Facebook Twitter Pinterest LinkedIn Tumblr Email