A tanker conveying Premium Motor Spirit, popularly known as petrol, on Thursday morning rolled over and burst into flames on the Oshodi-Apapa Expressway, Lagos State, causing panic among commuters plying the route. 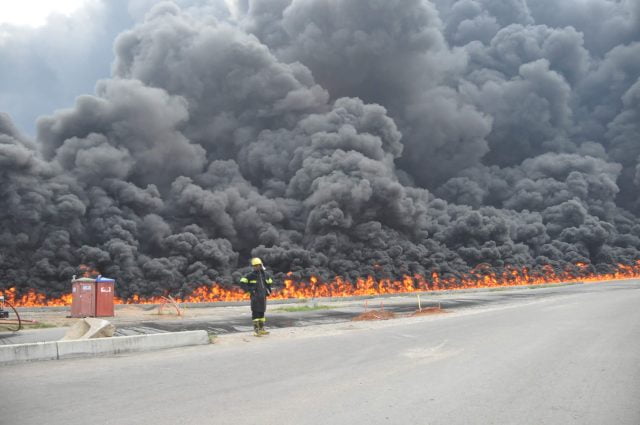 Farinloye said the incident occurred about 9:15am at Toyota Bus Stop, close to the Oshodi-Airport Road Junction and directly in front of the Lagos State Fire Service Station located in the area.

He said the tanker was fully loaded with 44,000 litres of petrol when the incident occurred. 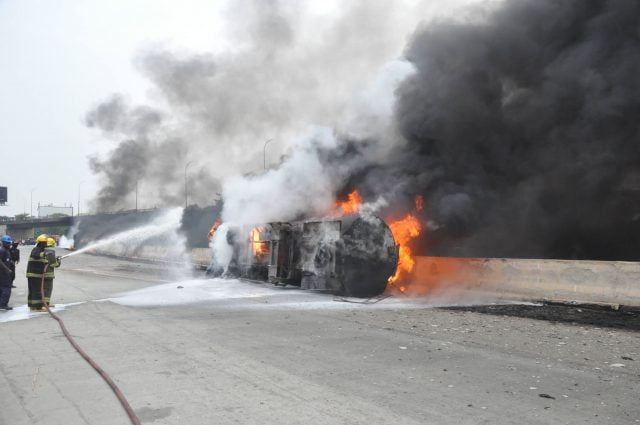 He said: “The tanker crashed on the side with another trailer on the motion.

“The trailer was fully loaded with iron rods.

“It is believed that the two vehicles were trying to outsmart each other before the incident happened.”

According to him, officials of the fire service have successfully separated the tanker body from the head and are making efforts to put out the inferno.

Farinloye disclosed that no casualty had been confirmed yet from the incident.

NAN reports that a similar incident had occurred on December 19, 2020 when another diesel tanker exploded on the Michael Otedola Bridge, causing panic among commuters plying the Lagos-Ibadan Expressway. 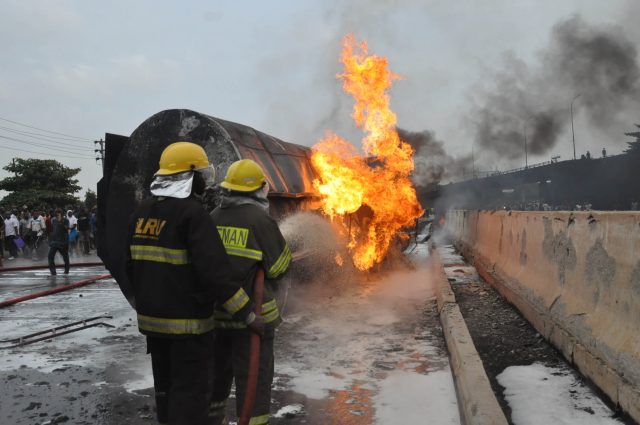 The tanker was fully loaded with 44,000 litres of AGO and was moving toward Berger axis of the expressway when one of its tyres bursted into flames.

No casualty was however recorded in the incident.