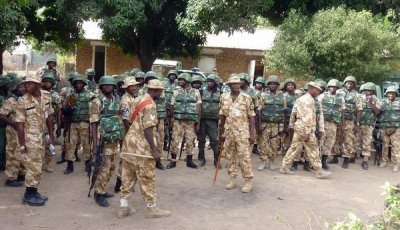 There appears to be no end in sight to the persistent farmers and herdsmen sour relationship in Nigeria, especially in the Middle Belt Zone.
Just as Benue and Nasarawa States are battling to survive the threat, Plateau State has again been greeted with a fresh attack.
In Plateau State this time, over 17 villages of Gashish District of Barkin Ladi Local Government Area were at the weekend ransacked by gunmen suspected to be Fulani herdsmen in the area.
Similarly in Ngar village of Barkin Ladi Local Government Area, gunmen were said to have ambushed and attack personnel of the Special Task Force on the Jos crisis, shooting two operatives.
One died and another sustained injuries and is receiving treatment in a hospital in the state capital.
A community leader in the area, Barrister Ezekiel Mandyau, said over 160 persons might have been killed in the past two years, while over 100 people sustained injuries as a result of attacks by the gunmen.
According to Mandyau, most of the stories of cattle rustlers reported in the media are carried out by the Fulani themselves.
In his words: “The Fulani steal each others’ cattle, thereby making it look like it is the natives that are stealing the cow.”
It could be recalled that the Plateau North Senatorial District of the state has witnessed incessant attacks.
So many people have been killed, especially women and children, including a former Senator, Gyang Dangtong.