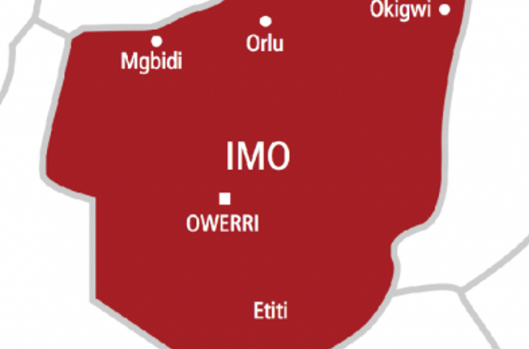 The latest development had increased to four the number of Divisional Police Headquarters razed in the state in less than one week.

Our correspondent gathered that on arrival, the attackers threw inflammable substances at the police facility and ignited fire.

Our correspondent saw video footage where the police station was up in flames.

The development heightened the tension in the state as the people totally complied with the sit-at-home order declared by the Indigenous People of Biafra on Monday.

The burning of the police facility was the only violent development in the state on Monday.

A villager who confided in our correspondent said, “Isu Divisional Police Headquarters is on fire now. Fire has engulfed the facility. The attackers threw explosive objects and it caught fire immediately.”

Our correspondent recalls that apart from the razing of Atta, Izombe, Orji and now Isu Divisional Headquarters in the state in the last one week, hoodlums had also within the duration attacked and razed magistrate’s and High Courts and as well as vandalized a Health Centre in Atta community in the Njaba LGA.

The fresh attack came just 24 hours after a former presidential aide, Ahmed Gulak, was killed in the state.

Gulak, was on his way to the Sam Mbakwe International Cargo Airport in Owerri, where he was waylaid and killed by six bandits according to the state police command.

When contacted, the Police spokesperson, Bala Elkana, said that he had not been briefed on the latest attack.

He promised to inquire and get back to our correspondent but he had yet to do so as of the time of filing this report.