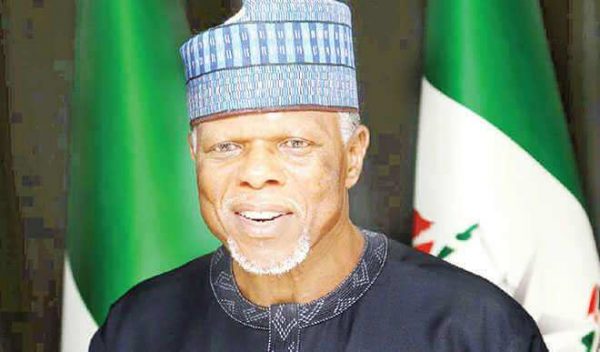 Share
Facebook Twitter LinkedIn Pinterest Email
The Nigeria Customs Service on Friday said it intercepted another 13 containers of Tramadol, a banned addictive substance, and other items at Tin-Can Island Port in Lagos.
The Comptroller-General of Customs, retired Colonel Hameed Ali, told journalists in Lagos the seizure had a Duty Paid Value of N3.13 billion.
Friday’s seizure came barely 24 hours after the customs said it impounded 40 containers with Tramadol with Duty Paid Value of N7.3 billion at Apapa port.
According to Ali, 10 of the 40ft containers contained tramadol, Ciprofloxacin capsules, Diclofenac Sodium tablets, Soffeathe, IV Cannula, Sidenfil Citrate tablets; one 40ft container had bleaching soaps; and two other containers of second-hand clothes.
Ali was represented by the Deputy Comptroller-General in charge of Enforcement, Austin Chidi.
He said: “It is pertinent to note that two of the containers had earlier been handed over to National Agency for Food Drugs Administration and Control on October 11 and October 20.
“A container of tramadol was also handed over to National Drugs Law Enforcement Agency on November 2.
“The service wishes to reiterate its concern for the health and security of Nigerians and would better imagine the devastating effect on the lives of our youths if this quantity of unwholesome drugs had found their way into the markets.
“Such goods could not only lead to increased insecurity but will impact negative on health of our youths.
“We want to re-assure the nation that Nigeria Customs Service will not renege on its mandate irrespective of its circumstances.”
Ali said Tin-Can Island command remained a trail-blazer in the introduction and application of Time Release Studies for evaluation of officers to ensure that needless delays were identified and regularised to achieve 48-hour cargo clearance.
Ali commended the Area Controller, Comptroller Musa Mohammed, and all officers and men of the command for their commitment “which reflected in the revenue records”.
He also commended the patriotism of Customs brokers, who had aligned with the change mantra of the Customs Management through diligence and honest declarations.
Apapa Port Duty Paid Value Hameed Ali Nigeria Customs Service
Share. Facebook Twitter Pinterest LinkedIn Tumblr Email