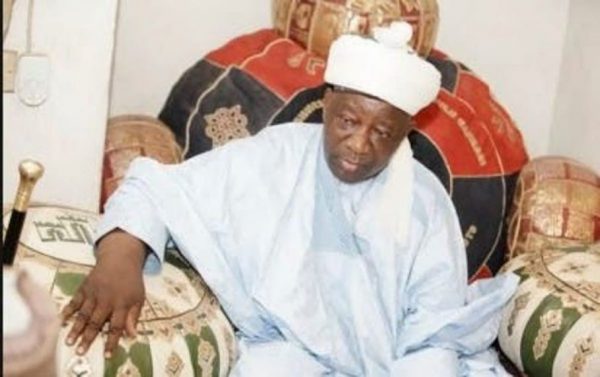 The Emir of Ilorin, Alhaji Ibrahim Sulu-Gambari, has warned against all forms of unauthorised pre-wedding video shooting and photographic expedition for whatever purpose at the Central Mosque.

The first class traditional ruler also ordered for the immediate stoppage of such activities inside the Central Mosque.

This was contained in a statement issued on Tuesday in Ilorin by Alhaji Shehu AbdulGafar, the Chairman, Central Working Committee, Ilorin Central Juma’at Mosque.

Sulu-Gambari, also the President and Custodian, Ilorin Central Juma’at Mosque, gave the warning in his reaction to an amorous pre-wedding video recorded at the Mosque.

He disclaimed the allegation of granting people access into the Main Hall of the Mosque since the video went viral.

He therefore warned those dropping his name to gain entrance into the premises to stop such action forthwith.

Sulu-Gambari viewed the video under review with utmost disappointment.

He, however, appreciated the concerns and comments generated by the video since it went viral, adding that a repeat of the incident will never occur.

The Emir said that the Mosque and its environs do not exist for such a practice, adding that anyone or group, no matter their position in the society, should not misuse the holy place.

The Mosque and its environ are meant for the purpose of worship and preaching for community development, he said.

“I charge the Central Working Committee and members of staff of the Mosque to ensure that no one is allowed to shoot any video or take amorous photograph,” he directed.

The Emir warned that violation of this directive would receive appropriate sanctions to discourage such illicit practice, which exposed the Mosque and Ilorin Emirate at large to ridicule.