After being forced to relinquish his mandate, INEC restores Gov. Ahmed as senatorial candidate

The Independent National Electoral Commission has retained Governor Abdulfatah Ahmed as the candidate of Peoples Democratic Party for Kwara South Senatorial district election.
This followed the release of the final list of candidates for the February 16, 2019 national elections by the Independent National Electoral Commission on Thursday.
Governor Ahmed’s named was earlier replaced with that of incumbent Senator Rafiu Ibrahim.
Ibrahim had already started his campaign across the nooks and crannies of Kwara South Senatorial District.
It could be recalled that when the ticket was taken from Governor Ahmed as a result of the outcome of a bye-election in Kwara South, in which the All Progressives Congress defeated the PDP, it was handed over to Ibrahim.
Following the development, Ibrahim published a full page advert to appreciate the leadership for the party in the state, headed by the President of the Senate, Dr. Abubakar Bukola Saraki. 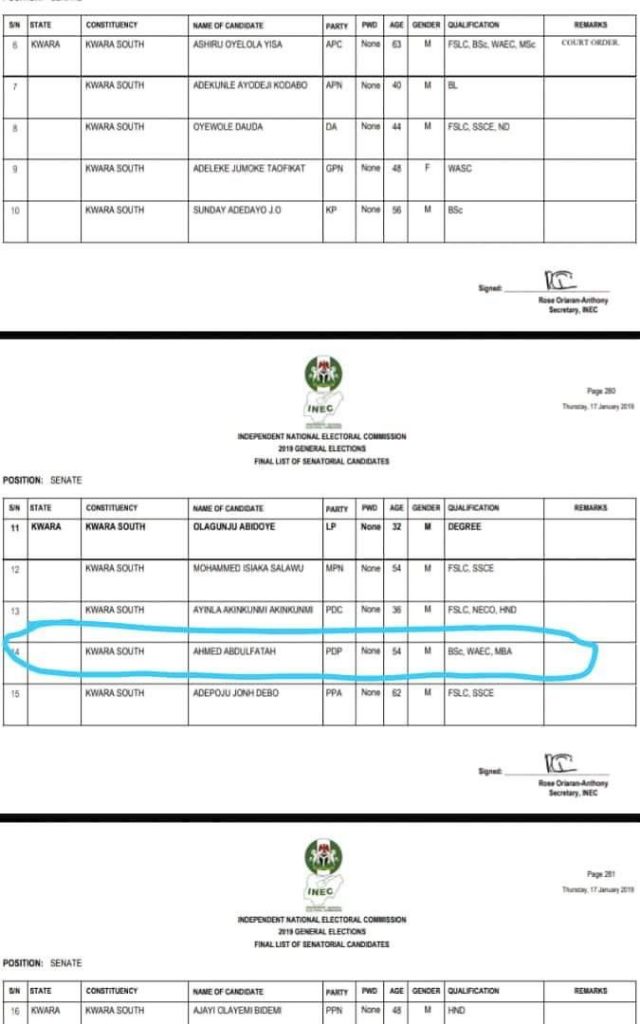 Breaking: Tinubu to Obasanjo on Kashamu: Death inevitable, we need be kind to the dead

Edo 2020: We’re concerned about actions of security forces, politicians — US