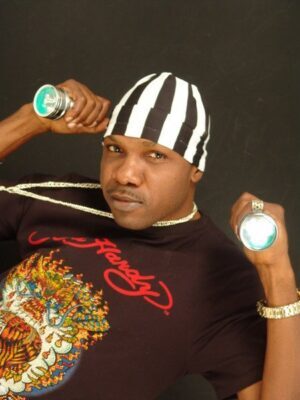 Veteran Traditional hip hop musician, Zaky Adzay (Zaky), is set to storm the music scene once again with the release of a new song: “Notice.”
Zaky told the News Agency of Nigeria on Monday in Abuja that the song would be released by weekend.
The veteran entertainer added that the song would announce his return to active music recording after a couple of years of concentrating on live performances and his television show.
He said: “My absence from music has only been in the area or recording songs and releasing albums.
“I have been involved in live performances within and outside the country.
“The song: ‘Notice,’ is to send a message that I am back, and that I will not stay away for that long again.
“I have also been involved with a television show: ‘True Nigerians – Heroes of Our Time,’ which syndicates in several television stations across the country.
“The idea is to expose and reward exceptionally patriotic Nigerians, while encouraging younger ones to embrace patriotism.
“The least we can do, if we cannot contribute to lifting the country, is stop complaining or discouraging other Nigerians who want to be patriotic.
“Some of us believe so much in Nigeria and are ready to make sacrifices to make Nigeria great.
“Others should not frustrate our efforts by pulling the country down.”
Zaky commended Nigerian musicians for their individual effort to excel and break into the global music scene in spite of zero government support.
He, however, advised musicians to compose lyrics that would outlive them and promote moral uprightness in the society.
He said: “Our music can no longer be described as local.
“We have effortlessly gone international and now hobnob with the very best across the globe.
“In the past, our international music engagements were few and far between, but in recent times, I personally have one foreign engagement or the other within a spate of two months.
“This applies to many other successful Nigerian artists.
“But I advice them to compose lyrics that will outlive them and add value to society.
“They should not promote immorality with their songs.”
Zaky urged government to support the music industry more actively and shield it from shady characters who now dominate the industry.
He said: “Government should support artists to thrive and make a livelihood from the industry.
“A more functional move against piracy is a sure way to start.
“Also, the most difficult aspect of music presently is promotion.
“It takes between N10 million and N20 million to promote one song, and most musicians cannot afford this.
“This has opened up the space for drug dealers and fraudsters who parade themselves as musicians.
“Government’s functional intervention will go a long way to redress this anomaly.”
NAN reports that Zaky started  his music career in 1993.
He has successfully carved a niche for himself in the Nigerian Music Industry, and has received numerous awards.
NAN.