AFRIMA receives highest number of entries since inception for 2022 edition 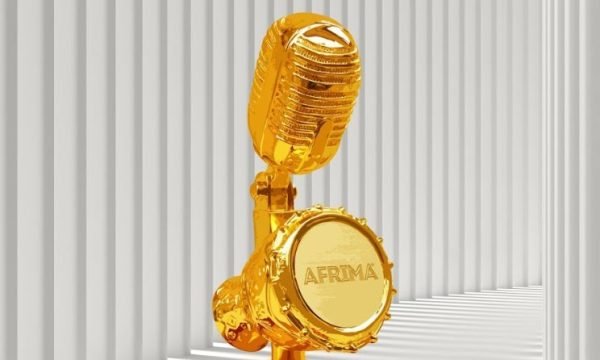 The International Committee of All Africa Music Awards in partnership with the African Union Commission has announced a total of 9,076 entries received for possible nominations at the awards ceremony.

This is the highest number of entries received by the awards body since its inception in 2014, it was revealed.

The figure, which was garnered from entertainers across all five African regions, as well as Europe and North America, represented a 2.2 percentage increase from the 8,880 entries recorded in the 2021 edition.

The entries submission began on May 30 and closed by midnight on August 5.

“This development is a clear indicator that AFRIMA is the pinnacle of African music globally, and Africans value the importance of celebrating themselves, as culture remains one of our strongest tools for global unification, as well as economic growth,” AFRIMA Juror representing the diaspora, North America, Hadja Kobele, commented.

This complemented the 373 entries from Northern African entertainers, who represented 3.8 per cent, while the remaining 349 entries from the diaspora represented 4.1 per cent of all total submissions.

In line with the AFRIMA 2022 calendar, a 13-member jury is expected to arrive Lagos, Nigeria on August 11, 2022 for an eight-day adjudication process that would select the nominees across all existing categories.

The jury is composed of seasoned experts across all five regions in the African music industry, as well as the diaspora, specifically North America and Europe.

A world media announcement of the nominees will take place on August 22, 2022 to publicly unveil the nominees.

A week after, on August 29, 2022, the AFRIMA Voters Academy as well as music fans and followers around the globe will begin to participate in the public voting process, which will be held on the AFRIMA website: www.afrima.org.

Nominees with the highest votes would emerge winners in their respective categories.

The voting process, which closes 24 hours before the awards ceremony, would be monitored and audited by a reputable international auditing firm: PricewaterhouseCoopers.

The AFRIMA awards ceremony will feature a four-day fiesta of music, glitz and glamour.

The event is scheduled to commence with the welcome soiree, followed by the AFRIMA Music Village, the host city tour, African Music Business Summit and the exclusive nominees’ party and concluded with the live awards ceremony broadcast to over 84 countries around the world.

African music lovers can take part in the events on social media, live stream on the AFRIMA website at www.afrima.org and visit the social media platforms (Instagram – Afrima.official; Twitter – Afrimawards), and they can watch the event coverage by tuning in to their local and cable TV providers.

In partnership with the African Union Commission, AFRIMA is a youth-focused music platform that recognizes and rewards the work and talents of African artistes across generations and primarily stimulates conversations among Africans, and also the rest of the world, especially on the potential of the creative arts for fostering real human enterprise, contributing significantly to social cohesion, as well as sustainable development in Africa.