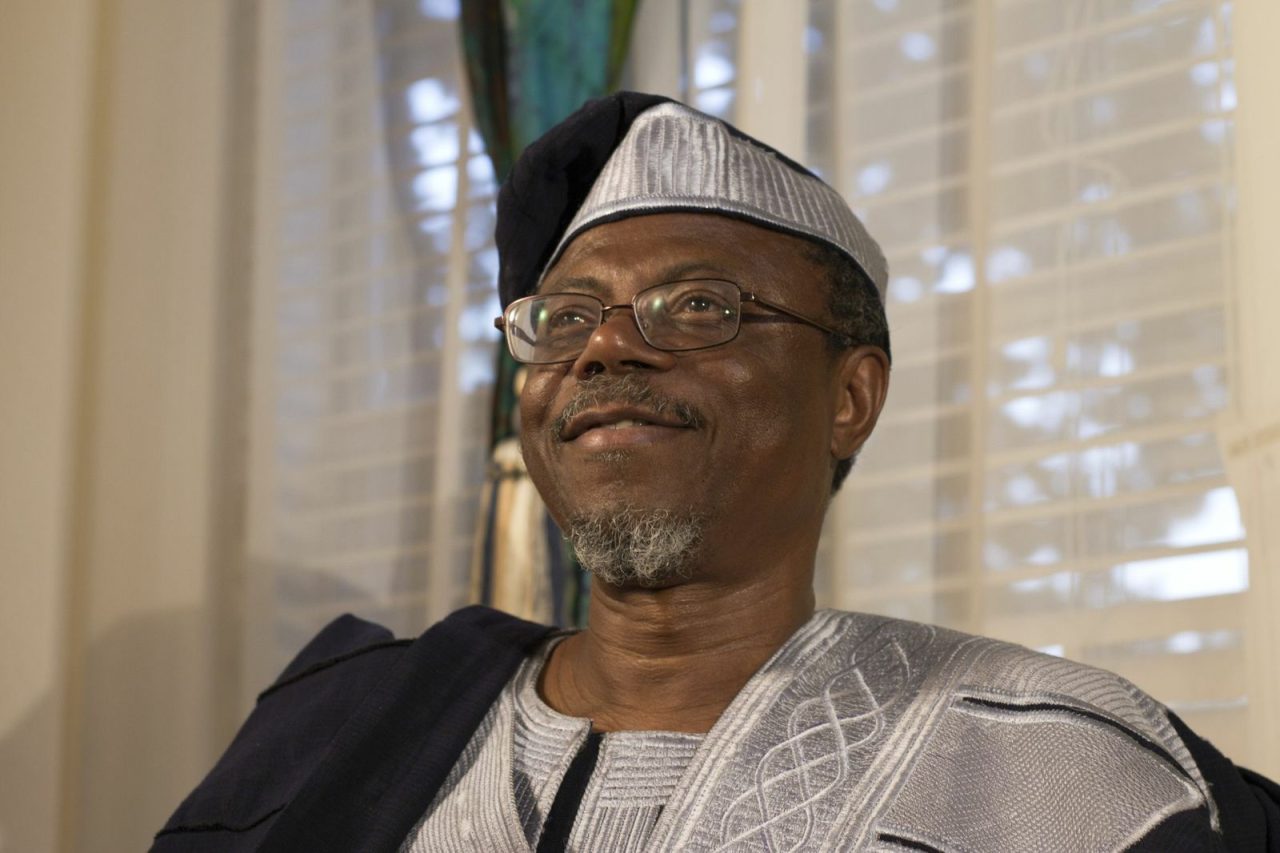 Given the largely skewed representation of African women in literature, a forum of concerned literary writers and critics put together by the Toyin Falola Interview Series has called on African female writers to be more intentional in giving African women the needed voice in capturing their realities, just as it warned that except this is done, the negative garb in which African women are draped would continue to be their lot.

These remarks were given in response to issues raised by the organiser of the platform, erudite academic, Prof. Toyin Falola.

He spoke in respect of defining African literature from a gender perspective.

The panelists comprised Monica Cheru, Vice President of the Pan-African Writers’ Association (South African region), Chair of the Zimbabwe Writers’ Association and author of short stories and anthologies; Dr. Wale Okediran, former member of the Nigerian Parliament, medical doctor, author of 14 novels and Secretary-General of the Pan-African Writers Association; Ashraf Aboul-Yazid, an Egyptian poet, novelist, cultural journalist, President of the Asia Journalist Association and Editor-in-Chief, The Silk Road Literature Series; Dr. Cherno Omar Barry, Vice Chancellor of the International Open University and President of the Writers Association of The Gambia; and Mwamwingila Goima Peter, who is an author/writer of children and adult literature using Kiswahili.

Reacting to the question, Dr. Cheru noted that African traditions on women have certain beautiful aspects which empower women, adding that there is the need to have more informed debates about such issues.

She said: “This is an area that I am not a big fan of, perhaps because the works that have been produced that define the gender perspective on African literature tend to be sponsored.

“When you read them, their entertainment value, their creativity is rather low.

“They are more about the issue rather than the natural flow of writing.

“They tend to fit into this single narrative of the evil traditional African culture against females.

“Yet when you really look at us as we live our lives, these issues are complicated and we should be able to just allow them to come out so that we can have informed debates and discussions about these things.

“The African traditions have a lot of beautiful customs that actually empower women.

“But because the narrative has been that African religion is negative to the female, then that is what the literature tends to portray.”

On his part, Dr. Barry contended that strong voices have been echoed on controversial issues bordering around African women, insisting that there is the desire by the literary world to have more African female writers write about women.

According to him: “In the last few decades, many literary critics have witnessed female writers taking the pen to put to paper their experiences in this very complex African society.

“We also want to hear about women by women. In many instances, some of these perspectives come from the man. Strong voices have been echoed on controversial issues.

“It will be insulting to depict women as anything other than strong partners in our quest for autonomy, economic independence and change.”

Extending the literary discourse on language, publishing and African literature, Professor Falola inquired on what languages should be used in writing, publishing modern African literature and translation, to which Dr. Okediran argued that while language is a critical vehicle in literary expression, adopting a common language could be problematic.

He said: “The issue of translation is at the heart of our work in PAWA.

“We work in different languages.

“There is an urgent need for us to exchange literature across borders.

“You have a country like Ghana that is surrounded by Francophone countries; there is Togo, Ivory Coast.

“Each time I travel to Lome from Accra, I am a bit lost because I have to find a way to start speaking in French.

“Now we want writers to exchange books; that is where translation becomes an important issue for us.

“Some school of thought has said that why don’t we get translation and adopt a common language in Africa.

“Can we adopt Swahili, Arabic or Hausa?

“By trying to do this, we will run into problems again based on the multiplicity of languages.

“In Nigeria alone, we have about 560 ethnic groups using their own languages.

“So for us at PAWA, we have set up a bureau which is based in Cairo, Egypt and the idea is for us to see how many books we can translate from one language to the other.

“It is expensive to translate.

“We have to pay translators and publishers.

“We are lucky because some of our members are volunteers in translating their works.

“This is what we are doing now.

“This does not mean that we don’t need support.

“We are reaching out to many foundations that are involved in translation.

“We are lucky that we have one or two of them that are agencies under the African Union.

“This is what we are pursuing now.

“In the next few weeks, we will have a workshop here in Ghana specifically on translation.

“The idea is to train trainers.

“We want to have a large body of translators that will help us.

“We had this challenge in Ibadan during our conference.”

Also speaking, Egyptian poet Aboul-Yazid noted: “Nowadays, it is usually going to be English, French and some others at a global scale.

“It may take another 50 years for other dominant languages like Chinese or Russian to take over.

“The aim of choosing the language justifies the need to do so.

“If literature is directed locally for education, enlightenment, communication, entertainment and creative exhibition, then there is nothing better than native languages to do all of these.

“If we want to choose from available literatures from local languages, what represents us before the world, let our evaluation be the choice of these literatures to be transferable to a foreign language.”