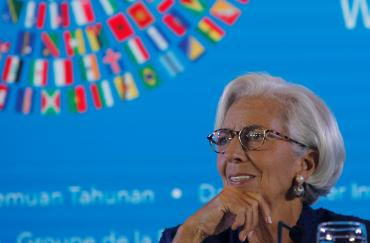 Africa’s GDP growth is rising but it must do more to solidify a fragile recovery and prepare for major disruptions in the global economy, the International Monetary Fund’s top official for Africa said.
Economic growth in sub-Saharan Africa is on track to hit 3.1 per cent this year, up from 2.7 per cent in 2017 and a turnaround from the 2014-15 commodities crash, Abebe Selassie, director of the IMF’s African Department, told Reuters. It could quicken further to 3.8 per cent in 2019.
One-third of Africans live in countries where per capital GDP fell last year, however, according a report released by the IMF on Thursday.
Trade tensions between the United States and other major economies including China could lead to a cumulative loss of GDP for Africa of up to 1.5 percent by 2021.
And Africa will face long-term challenges due to rapid advances in artificial intelligence and increased automation which are expected to shape future job markets.
“If you are not equipping your labor force for the jobs that have to be created, you could end up with much lower growth rates. And that’s what we’re worried about,” Selassie said in a telephone interview.
Africa will need to create an average of 20 million new jobs for its rapidly growing population each year through 2035, more than double the job creation rate of the past five years.
Though the pan-African growth rate is dragged down by the sluggish performances of large economies like South Africa, Angola and Nigeria, many countries are seeing robust expansion.
Selassie said: “We have 22-odd countries that are growing at close to 6 per cent or more, and quite a lot of others in the 3, 4 or 5 per cent.”
However, despite pledges to reform, little progress has been made to improve revenue mobilisation and diversify economies to make them less vulnerable to future crises.
Capital inflows to Africa have grown exponentially in recent years, but there too risks exist. Much of the increase has come from debt. Liability inflows ballooned from $3 billion in 2000 to $60 billion last year.
“We are very, very careful to highlight that this is a double-edged sword,” he said. “A very healthy, stable macro environment is paramount. Those are necessary conditions. They’re not sufficient.”
Governments must also promote digital connectivity, ensure flexibility in their education systems to meet the demands of the future job market, better allocate public spending and nurture private investment.
Economies can potentially benefit greatly from new technologies that are already transforming the continent, Selassie said.
The widespread adoption of mobile money, for example, has given millions of Africans access to financial services for the first time.
But an enormous amount of work is required to ensure Africa is not left behind.
The region currently has the lowest internet penetration rate in the world at less than half the global average. Secondary education enrolment rates in Africa are also the world’s lowest.