With African leaders now calling for a continental free trade area by 2017 to boost trade within the continent, a new World Bank report shows how African countries are losing out on billions of dollars in potential trade earnings every year because of high trade barriers with neighboring countries, and that it is easier for Africa to trade with the rest of the world than with itself.
According to the new report¯De-Fragmenting Africa: Deepening Regional Trade Integration in Goods and Services¯regional fragmentation could become even more costly for the continent with new World Bank forecasts suggesting that economic slowdown in the Eurozone could shave Africa’s growth by up to 1.3 percentage points this year.

The authors wrote: “While uncertainty surrounds the global economy and stagnation is likely to continue in traditional markets in Europe and North America, enormous opportunities for cross-border trade within Africa in food products, basic manufactures and services remain unexploited.”
The report says this situation deprives the continent of new sources of economic growth, new jobs, and sharply falling poverty, factors which accompanied significant trade integration in East Asia and other regions.
The cross-border production networks that have spurred economic dynamism in other regions, especially East Asia, have yet to materialise in Africa.
“It is clear that Africa is not reaching its potential for regional trade, despite the fact that its benefits are enormous—they create larger markets, help countries diversify their economies, reduce costs, improve productivity and help reduce poverty.” says Obiageli “Oby” Ezekwesili, the World Bank’s Vice-President for Africa and a former Nigerian Minister of Extractive Industries.
“Yet trade and non-trade barriers remain significant and fall most heavily and disproportionately on poor traders, most of whom are women. African leaders must now back aspiration with action and work together to align the policies, institutions and investments needed to unblock these barriers and to create a dynamic regional market on a scale worthy of Africa’s one billion people and its roughly $2 trillion economy.”
In a special World Bank video at: http://vimeo.com/32976732 produced for the new report, women traders on the border with the Democratic Republic of Congo and neighboring countries in the Great Lakes region describe how they routinely encounter violence, threats, demands for bribes, and sexual harassment, at the hands of the large numbers of customs and other government officials at the border.
As one egg and sugar trader from Goma says on the video: “I buy my eggs in Rwanda; as soon as I cross to Congo I give one egg to every official who asks me. Some days I give away more than 30 eggs!”
Barriers blunt trade in goods as well as services
The report says that until the onset of the financial crisis, most sub-Saharan African countries grew rapidly and often at much higher rates than the world average.
Economic growth in these countries were robust and driven by the boom in commodity prices, which led to very high growth in export values, especially for minerals, to new fast-growing markets such as India and China.
While exports have grown strongly over the last decade, and the region’s trade has recovered well from the global crisis, the impact on unemployment and poverty has been disappointing in many countries.
Unemployment remains around 24 per cent in South Africa. In Tanzania, extreme income-poverty appears to have remained broadly constant at around 35 per cent of the population.
This shows that export growth has typically been fueled by a small number of mineral and primary products with limited impacts on the wider economy and that formal sectors remain small in many countries.
As a result, the report suggests that Africa will have to diversify its exports from depending solely on precious metals and other commodities and encourage more people to trade goods and professional services in accounting, law, education, healthcare, among others.
The region’s large number of young people also calls for significant numbers of new jobs, intensive trade, and growth.
“Imagine the benefits of allowing African doctors, nurses, teacher, engineers and lawyers to practice anywhere in the continent, but responsibility for making this happen lies with countries first and foremost,” says Marcelo Giugale, the World Bank’s Africa Director for Poverty Reduction and Economic Management. “The final prize is clear: helping Africans trade goods and services with each other. Few contributions carry more development power than that.”
Changes are needed in three areas
To escape the current straightjacket of trade fragmentation, the report says that African leaders, most of whom will attend this week’s regional integration summit in Ethiopia hosted by the African Union, need to pursue changes in three key areas.
1.        Improving cross-border trade, especially by small poor traders, many of whom are women, by simplifying border procedures, limiting the number of agencies at the border and increasing the professionalism of officials, supporting traders associations, improving the flow of information on market opportunities, and assisting in the spread of new technologies such as cross-border mobile banking that improve access to finance.
2.        Removing a range of non-tariff barriers to trade, such as restrictive rules of origin, import and export bans, and onerous and costly import and export licensing procedures
3.        Reforming regulations and immigration rules that limit the substantial potential for cross-border trade and investment in services.
In one notable example of trade barriers, report co-editors Paul Brenton and Gozde Isik of the World Bank describe how the South African supermarket chain Shoprite spends US$20,000 a week on import permits to distribute meat, milk, and plant-based goods to its stores in Zambia alone.
For all countries it operates in, approximately 100 (single entry) import permits are applied for every week; this can rise up to 300 per week in peak periods.
As a result of these and other requirements, there can be up to 1,600 documents accompanying each truck Shoprite sends with a load that crosses a border in the region.
As the co-editors wrote: “Lack of coordination across government ministries and regulatory authorities also causes significant delays, particularly in authorizing trade for new products. Another South African retailer took three years to get permission to export processed beef and pork from South Africa to Zambia.”
How the World Bank supports regional integration
Trade and regional integration are core elements of the Bank’s new Africa strategy, launched in March 2011, to help countries create opportunities for their transformation and sustained growth.
The Bank has doubled its investment in regional integration from US$2.1 billion in 2008 to US$4.2 billion in July 2011, and it will rise to $5.7 billion by July 2012. 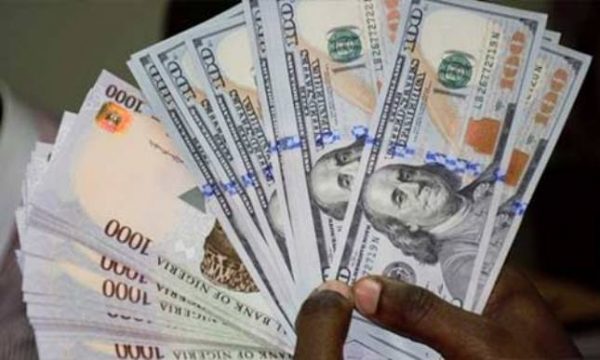