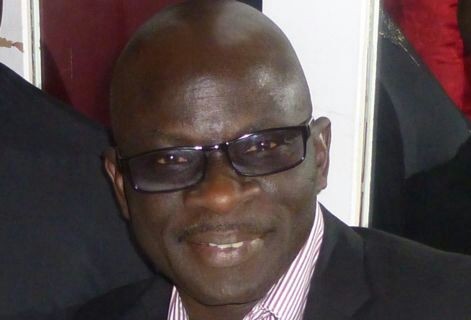 Afeniferere, the pan Yoruba umbrella for cultural and political rejuvenation, is in flux. A self-fulfilling flux! In its ill-fitting political pronouncement, Afeniferere is sliding into a muddy water. Its dramatic dissenting voice to scuttle our hope is futile. Forward lies the crown and onward is our goal until the historic FeBuhari 14 when this nation’s destiny is rewritten by progressive forces of change.
Our eyes of faith are fixed and anchored on FeBuhari 14 and any obstacle; any satanic stronghold, any embargo, any obstruction and any inhuman blockage cannot withstand the tsunamical cry of change among this nation’s teeming masses. This nation had passed through many rivers of gloom, disappointment and darkness and nothing can stop the epiphanic moment of imminent change that is lurking round the corner.
Satan’s ploy is sometimes discernible. He comes as angel of light to deceive, steal, kill and destroy. His angels are also deceivers who come as shining light. Until the roof was taken down, I had always believed that the houses of the Odumakins, Adebanjos, Omisores, Mimikos, Georges, Onigbindes, Fasorantis, Arogbofas and others in the double whammy train to Abuja are full of fluorescent light.
Afeniferere by this action has bombed the collective Yoruba unity against the clueless government of President Goodluck Jonathan. I see in this action a failure by Afeniferere to develop a robust sense of the public interest. Rather, the path taken is dictated by narrow egotistical considerations. Too late in the day for this group to be pursuing a career of unparalleled feather ruffling. This wrong-headed action further reinforces the notoriety of the Yoruba people as unreliable, Judas, untrustworthy and easily thrown into disarray by the whiff of money. That is, we are easily doped with dollars…to borrow a phrase from Chief Tola Adeniyi, the iconic wordsmith!
In the 1960, Chief Obafemi Awolowo described the Yoruba as a highly progressive but disunited group. Awo as a prophet had foreseen the internal power failure within us and the capacity of the Yoruba to pull down a house after its completion. Professor Adebayo Williams could not be more strident in his criticism of the Yoruba in his 2004 posthumous lecture on Awo. Hear his nagging question: Why is it that after each successful mobilisation of the Yoruba people behind their cause, the struggle for the next stage, which often masks a struggle for preferment and the spoils of office, usually leads to disaster and desertion?
In 1959, the consolidation of Action Group’s hold on Western Region also marked the gradual estrangement of Chief Ladoke Akintola and his supporters from the fold. In 1983, with the entire western Nigeria in tow for the first time, the same drama in UPN saw to the exit of the Omoboriowos, the Adelakuns, and the Afolabis. In 1993 after successfully rallying their people behind Abiola’s cause, a similar dispute gradually deteriorated and led to the estrangement of Chief Jakande and co. In 1999, the very same dynamics led to the loss of Chief Bola Ige and his eventual tragic death.
Here we should all shout in chorus the timeless Hubert Ogunde song, Yoruba Ronu! What is fuelling our internal disconnection is in our nature. The Yoruba are expressive and articulate. We are full of bravado. We hardly suffer fools gladly. And those whose vision is limited to the short term would not care much for the sacrifice of the Yoruba struggles as long as their selfish interests and potential gains are guaranteed. Consequences of this short term vision had remained catastrophic in the emergence of a true Yoruba nationhood.
Afeniferere action portends a fresh assault to Yoruba moral standing in the ongoing electoral processes. This unbounded disregard for public mood is a tragic hubris of a particular Yoruba variant. Afeniferere had always wanted to project itself as the conservative phalanx of the Yoruba family. It had always been a retrograde strain of the Yoruba humanity. Looking back, the group once had a tragic romance with President Olusegun Obasanjo. It ended up as a terrible error of alliance. The same politics of expediency is at play today.
This is the dilemma. The Afeniferere group that went to Abuja to declare shallow support for President Jonathan are men devoid of any long- term strategic interest of the Yoruba in the emerging reconstructive democracy of imminent change. It is woefully tragic that this group is supporting a falling, gasping and lame President Goodluck Jonathan and begging him to scuttle the aspiration of millions of marginalised Yoruba under current dispensation.
It is a shame that a group of elderly Afenifebi men would act as predatory carnivores without minding the fierce urgency of change all over the Nigerian political landscape. This lunacy diminishes the Yoruba. It diminishes our hope, our moral standing and our collective political gains. To advise President Goodluck to extend the FeBuhari 14 election is an ugly fabrication of ill-informed perspective that is both counter-productive, dangerous and a recipe for social unrest. The Afeniferere temporary euphoria of doping on Jonathan dollars must not turn them into hopeless anachronism after FeBuhari 14 when the Yoruba nation dance in triumph against a clueless president who shackles and humiliates the Yoruba at every opportunity.
* Tijani is the founder of Nigeria Diaspora Group for Good Governance and Europe and the Middle East Coordinator for Global Intelligentsia for Buhari.