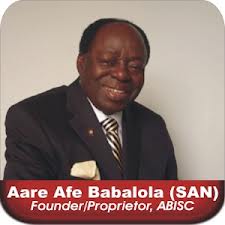 The Board of Trustees and Council of Afe Babalola University, Ado-Ekiti, has appointed Prof. Michael Ajisafe as the Acting Vice Chancellor of the institution.
This information was contained in a statement issued by Tunde Olofintina, the institution’s Public Relations Officer, on Monday in Ado-Ekiti.
According to the statement, the appointment is with effect from January 5.
The statement stated that Ajisafe’s appointment followed the expiration of the tenure of Prof. Sidi Osho, the pioneer Vice Chancellor of the university, on January 4.
It stated the new acting vice chancellor, the first professor of sports in Africa, had worked in several universities in Nigeria.
The statement stated that until his appointment, Ajisafe doubled as Deputy Vice Chancellor and the Provost, College of Sciences.
It added that Ajisafe, who was the former Director, National Institute of Sports, Lagos, had assumed duty and would remain in office until the appointment of a substantive Vice Chancellor.