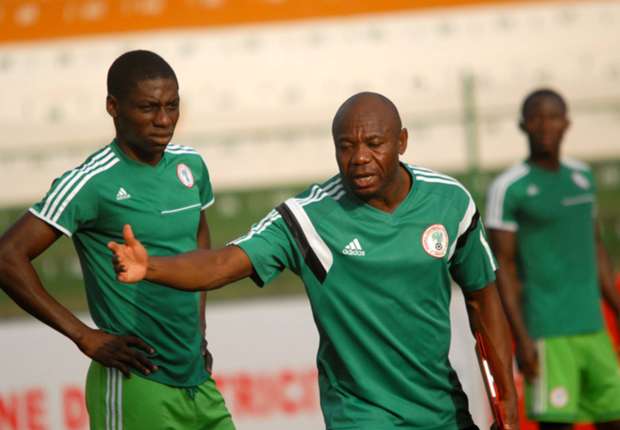 Nigeria’s U20 squad, the Flying Eagles, have one leg in the 2017 Africa Cup of Nations in Zambia after a marvelous display that saw the team come from a goal down to beat Sudan’s U20 team 2-1 in Omdurman on Sunday.
Coach Emmanuel Amuneke’s side, much used to winning, asked so many questions of the Sudanese defence early on, and forward Victor Osimhen, record scorer of the FIFA U17 World Cup, rocked the home team’s upright in the 26th minute as the going got more serious in the first leg of the final qualifying fixture at the El Merriekh Stadium.
However, the home team got in front a minute later, against the run of play, challenging Amuneke’s U17 world champions to dig deep and fashion a comeback on the night.
The Junior Falcons held onto their lead until the break, but nimble-footed Samuel Chukwueze equalized for Nigeria in the 67th minute.
The slippery left-footed winger nearly put Nigeria in front minutes later, but was thwarted by the Sudanese goalie.
Osimhen, who got the Flying Eagles in front against Burundi in Calabar in the last round through a well-taken penalty kick, would have the last laugh by scoring Nigeria’s winner in the 86th minute.
He came close to making it 3-1 in injury time, but his shot was smothered by the goalkeeper.
The return leg will take place at the Teslim Balogun Stadium, Lagos on July 24.