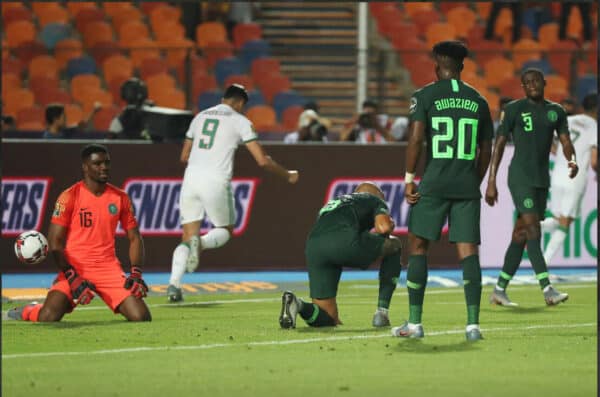 Super Eagles’ midfielder Alex Iwobi has hailed the Super Eagles’ third place finish at the 2019 Africa Cup of Nations, saying it was a great achievement for a young team.
The News Agency of Nigeria reports that Odion Ighalo’s early goal in the third minute gave Nigeria a 1-0 win over Tunisia in their third-place playoff at the Africa Cup of Nations on Wednesday.
Nigeria, who dominated the game, have won the bronze medal at eight different Cup of Nations’ tournaments.
Iwobi told newsmen during a post match interview that the youngest team of the tournament had achieved something great,
He said: “It’s a great achievement considering the quality of the 24 teams, especially as our team is very young.
“I am sure we are happy with this medal but hopefully we can do better in the next AFCON.
“We thank all the Nigerian fans for their support and we always want to do them proud.
“May they continue to support us as we will always do our best for them.”
On the hardest game of the tournament, Iwobi said it was difficult to choose, adding, however, that the semifinal game against Algeria stood out among the rest.
He said: “For me, it’s a hard one to say considering the quality even in the group stage against Guinea, Burundi and Madagascar.
“So, it’s a hard one to say, but the toughest one I think was against the team that knocked us out in the semifinals (Algeria).
“I think it was against them because we weren’t able to win.”