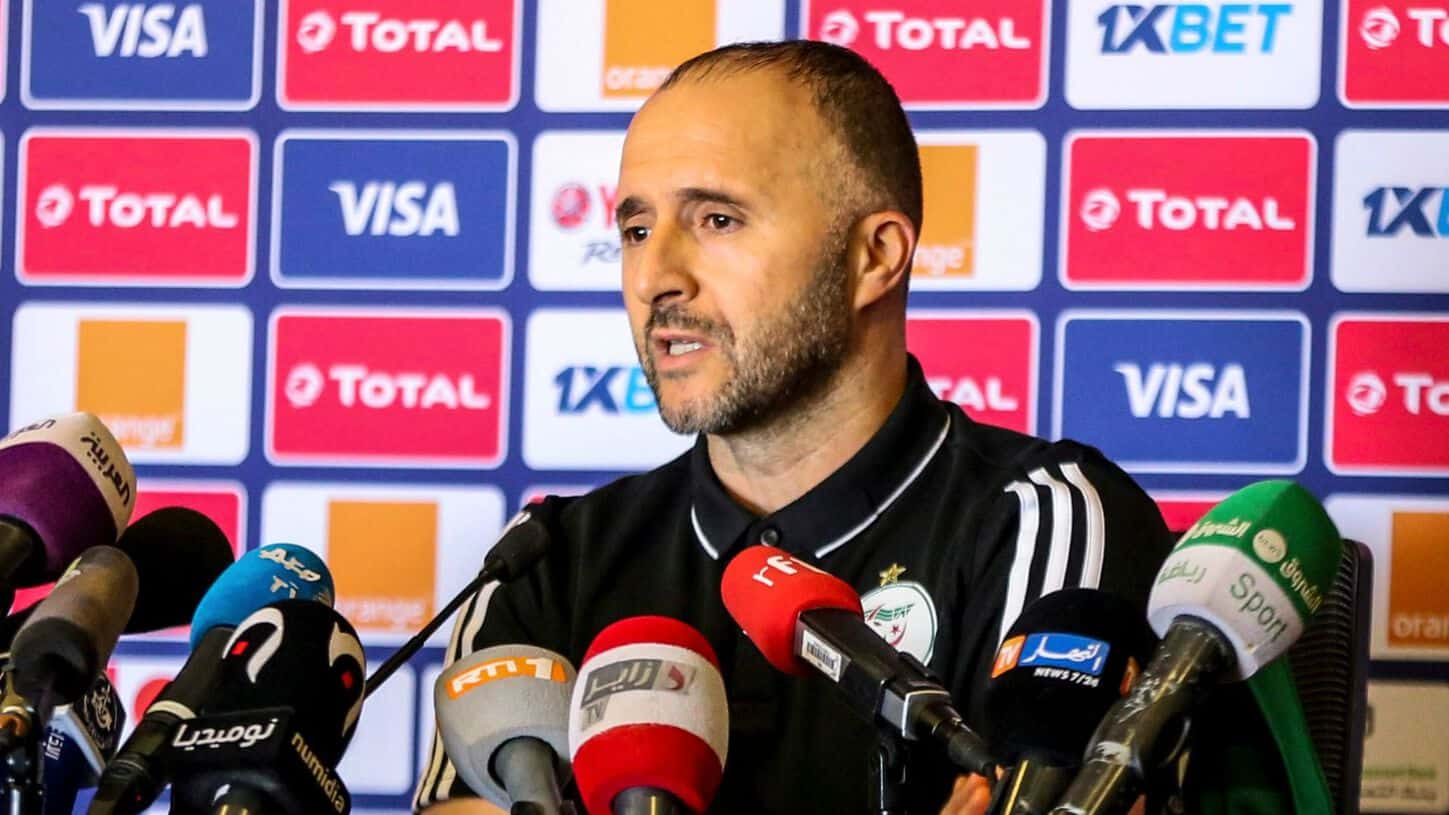 Algeria’s national team coach, Djamel Belmadi, has lambasted Nigerian journalist, Chisom Mbonu-Ezeoke, for trying to compel him to speak on a matter that concerns referee.
The match in question is the encounter between Algeria and Ivory Coast at the Africa Cup of Nations in Egypt.
A video on social media had shown Algerian star Ramy Bensebaini slapping himself in the face with Wilfried Zaha’s hand, before falling to the floor clutching his head during the quarterfinal tie between Algeria and Ivory Coast on Thursday.
But Mbaonu-Ezeoke during a pre-match press conference on Saturday, ahead of the semi-final clash between Nigeria and Algeria, described the behaviour of Bensebaini as “terrible”, a remark that did not go down well with Belmadi.
She asked the coach if that behaviour was acceptable and whether he had spoken to the player about it.
The Algeria coach replied angrilym saying: “I am not really sure that this is the place to talk about this.
“If you try to put pressure on us, it is not the right way.
“Try to win in another way, not this way.
“There is a referee for that, there is VAR for that, and it is not your job to talk about these things.”
The antics of North African footballers have been one of the talking points in the build-up to semifinals matches following the qualification of Tunisia and Algeria.