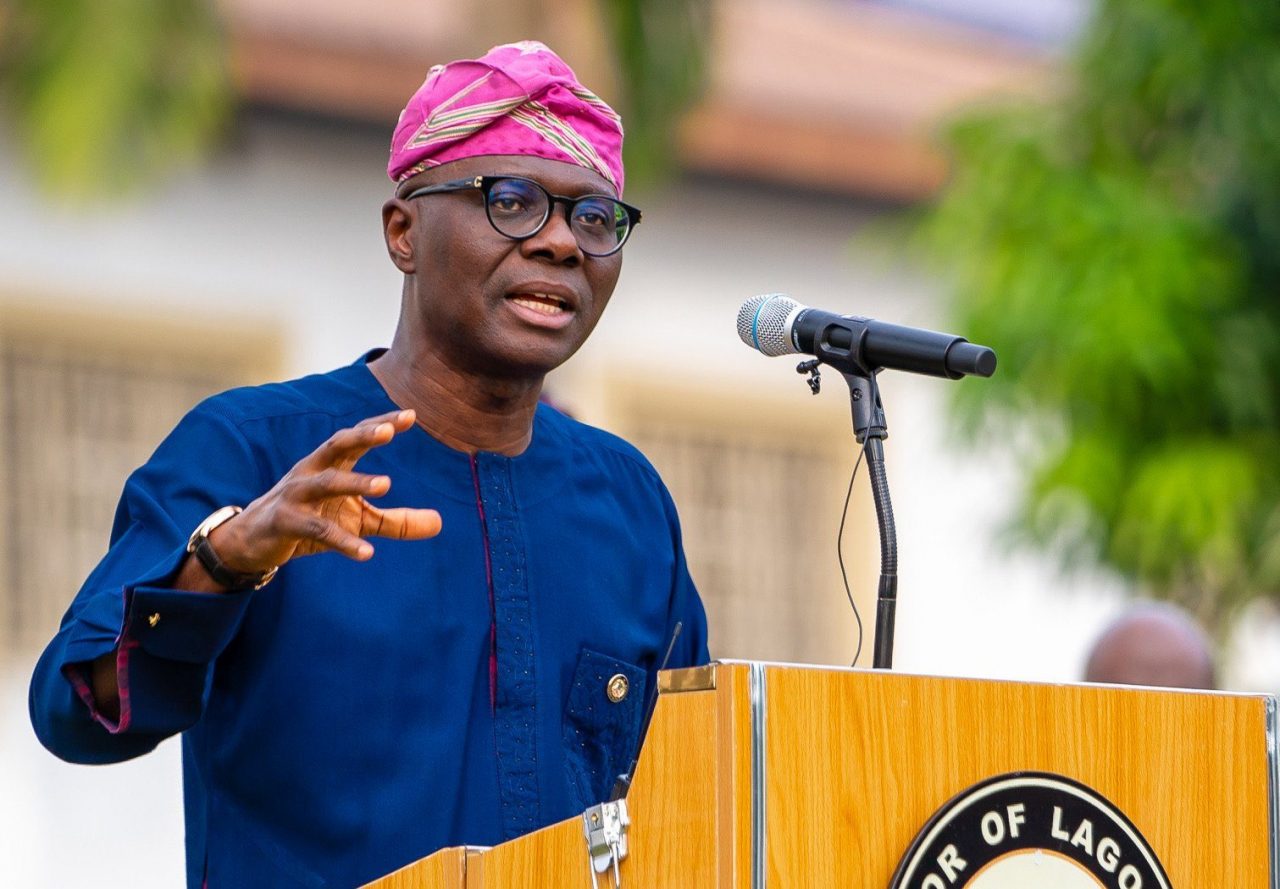 The Lagos State Governor, Babajide Sanwo-Olu, has charged the Super Eagles of Nigeria to beat the Squirrels of Benin Republic and Crocodiles of Lesotho in the crucial 2021 African Cup of Nations qualifying matches to garner the maximum six points available.

Governor Sanwo-Olu, who promised to support the team, tasked the technical crew and players to work tirelessly to defeat the Benin national team on Saturday at Porto Novo and beat Lesotho during a match to be played at the Teslim Balogun Stadium, Lagos on Tuesday.

The Governor during the dinner also surprised a member of the Atlanta ’96 Olympic Games football team that won gold medal, Patrick Pascal, by giving him a new three bedroom apartment in the 360 units Prince Abiodun Ogunleye Housing Estate in Igbogbo, Ikorodu.

Sanwo-Olu said he is very excited that the senior national team is returning to Lagos to play a competitive match after 20 years.

He said: “When it was said that we are going to have the match in Lagos, we did not only jump at it, we saw it as an opportunity to rewrite our history again.

“Lagos used to be home for everything around football and sports in this country.

“Over 80 footballers came out of Lagos.

“Henry Nwosu, Samson Siasia, Jonathan Akpoborie, Odion Ighalo and many others were discovered in Lagos.

“We are supporting sporting activities in different parts of Lagos so that we can get younger ones that will be coming behind and after you so that Nigeria can get back her glory; the glory of 1996 when we won the Atlanta Olympic Gold Medal in the football event.

“It was a glorious time for some of us.

“We have here Patrick Pascal (Super Eagles team coordinator), who was part of the team that won the gold medal in Atlanta ’96.

“Surprisingly, what we promised him as a nation has not been fulfilled, but Lagos will fulfill that today.

“Patrick will get a three-bedroom flat in Prince Abiodun Ogunleye Housing Estate, which I commissioned today (Wednesday).

“Sports is a unifier for all of us.

“Sports is a detribalised means of identification.

“It is something that usually heals our country.

“Even when things are down, when we have security issues and all sorts of negative things in the country, you can use sports and football to heal that wound for us.

“And it is on that note that I want to charge you, encourage and appeal to you to do everything you can to win the matches.”

Speaking earlier, Rohr commended Governor Sanwo-Olu for his support for the team and for putting the necessary infrastructure in place at the Teslim Balogun Stadium, Surulere for next Tuesday’s match.

He assured the governor that his team will win the two matches.

Also speaking, Captain of the Super Eagles, Ahmed Musa, said the best they can do is to defeat Benin Republic in Porto Novo on Saturday and also win the match against Lesotho in Lagos on Tuesday.

Musa said: “You are a man of the people.

“On behalf of myself and my teammates, we thank you.

“You are a man that promises and fulfills them.

“The best we can give you is to win the game.

“I think Benin Republic have not lost since 2013 in their home.

“We will break that by the grace of God and come to Lagos and do our best to win the game against Lesotho.”