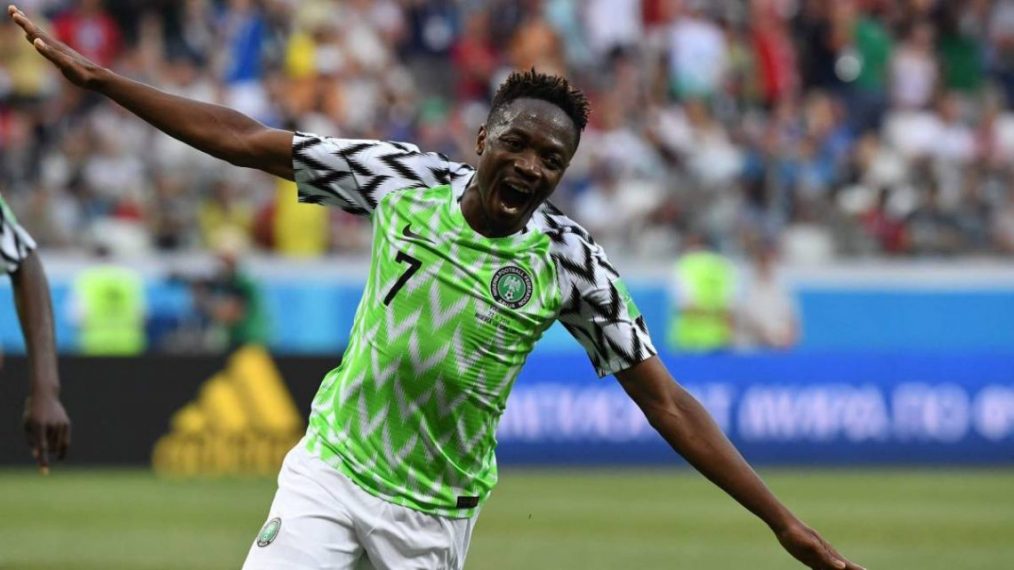 Super Eagles captain, Ahmed Musa, has assured Nigerians of victory against the Leone Stars of Sierra Leone in the 2021 AFCON qualifiers to take place in Benin.

Musa told the News Agency of Nigeria on Tuesday in Abuja before flying to Benin to join his colleagues in camp, that the team was ready to do the nation proud.

He said: “We are ready and we just have to do our best to win the game at home, here in Benin, before going to Sierra Leone to get another victory there.

“We know the importance of these games.

“If we win the two games, we have already qualified for the 2021 AFCON.

“So Insha Allah, we are going to do just that.”

Musa, who sounded confident, however, stressed that the Eagles would not underrate the Leone Stars as there were no minnows again in African football.

The captain said although the Eagles did not know much about their opponent, the team would concentrate on team play to overrun their West African neighbour.

Musa also assured fans in spite of the fact that he had just recently parted ways with his Saudi Arabian club (Al Nassr), it would not affect his performance, as he had been training with the same team.

He said: “Although I am no longer with Al Nassr, I still train with them.

“So I am fit and ready to give my best.”

NAN reports that the Super Eagles will take on the Leone Stars at the Samuel Ogbemudia Stadium, Benin on Friday in the first of the two-legged 2021 AFCON qualifying games.