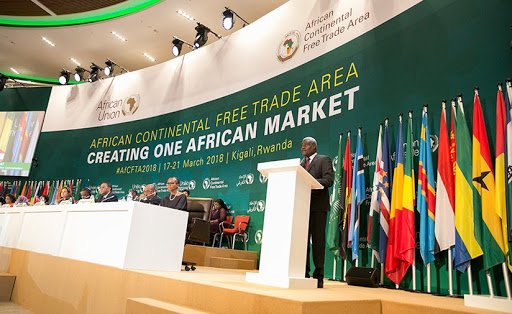 Wamkele Mene, the Secretary-General of AfCFTA told Xinhua in an interview that the Pan-African Payments and Settlement System (PAPSS) would be ready by the end of 2021 to facilitate trade among countries.

The secretary-general said that PAPSS, being developed purposely for intra-African trade and commerce payments, is undergoing piloting in some West African countries.

“Piloting of PAPSS in six West African countries is going on very well and by the end of the year, it would be fully rolled out,” said Mene.

He added that, when completed, PAPSS will facilitate trade within the entire continent, and businesses that trade under AfCFTA could do so on the “cost-effective platform”.

The platform is being developed in collaboration with the African Export-Import Bank to facilitate payments and formalise the huge informal cross-border trading activities on the continent.

Mene said PAPS “will also provide alternatives to current high-cost and lengthy-correspondent banking relationships, to facilitate trade and other economic activities among African countries through a simple, low-cost, and risk-controlled payment, clearing, and settlement system.”

Meanwhile, Mene has disclosed that some complexities with trade agreements have delayed the full implementation of AfCFTA across the continent.

He expressed optimism that other countries would complete their agreements to join the likes of South Africa, Kenya, and Egypt where trading had already started.

“Trade agreements are very complex so it requires patience for the system to conclude negotiations.

“But countries like Kenya, South Africa, and Egypt have their custom systems in place and ready to provide the market access for goods to be transported through their borders,” Mene said.