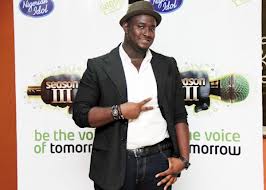 Moses Obi Adigwe is the winner of Nigeria Idol Season 3 reality television show.
The show came to an end on Sunday, with 22-year-old Adigwe announced winner.
Adigwe edged out other finalists, Debbie Debbie and Olu Rise to grab the N15 million grand prize of the show.
Top stars such as Femi Kuti, D’banj and Omawumi dazzled many with good music, which added fun and razzmatazz to the grand finale of the event.
The Season 1 winner, Yeka Onka, opened the show with her great performance before the anchor of the event, lllryms, introduced the two finalists.
They were joined by 10 other finalists for a joint performance, which thrilled the audience.
Adigwe will be the first male winner of the show since its debut two years ago.
He is now a proud owner of a SUV and N15 million.
The runner-up went home with N1 million and a Kia Rio car.