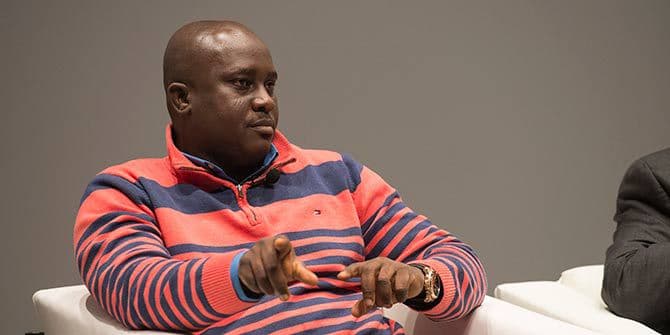 Iyabo Toluhi (nee Adesanmi), the elder sister of the late Prof. Pius Adesanmi, on Saturday described the death of his brother as a great loss to the family and community.
Toluhi, spoke in an interview with the News Agency of Nigeria at the sideline of Memorial Mass held in honour of the deceased at St. Joseph Catholic Church, in his home town in Itedo-Ijowa, Isanlu, Yagba East, LGA, Kogi State.
NAN reports that the Late Professor Pius Adesanmi with 156 others on board, died in the ill-fated Ethiopian Airlines flight ET302 on Sunday March 10, 2019.
The elder sister to the late professor, with tears rolling down her eyes, told NAN that it was really difficult for her to talk about her younger brother.
She said that her brother’s death was a great loss to the family as he was the only son among three children of their mother.
She said: “We appreciate the whole world the way they have celebrated our brother, Bola (Pius), the last born and only son among the three siblings of our parent.
“Pius was a very hard working and a highly intelligent man, right from the nursery, primary, secondary and tertiary schools. He was an excellent child in school.
“We thank God for the life he lived and that is what we are seeing now, how people all over the world are celebrating him.
“It shows the kind of life he had lived. He loved and cared for his people including his immediate, nuclear, and extended family including his community.”
NAN reports that Rev. Fr. (Dr) Kunle James, of the St. Joseph Catholic Church, Isanlu, appealed to Kogi Government to pay the gratuity and pension of Adesanmi’s mother’s (Lois Olufunke Adesanmi), saying it was the greatest tribute and major honour they could give to him.
James said: “The government has said so many great things about the late professor, but we are appealing to the government to pay his mother’s pension and gratuity.”

However, Dr Folashade Ayoade, the Secretary to Kogi Government, told NAN that the state government would expedite action on the payment of the late Adesanmi’s mother’s gratuity.
Ayoade said: “We learnt that she retired from Kogi civil service, and her gratuity had not been paid.
“We will make sure as a government we expedite action on the payment of her gratuity, and we shall be in constant touch with his daughter and the wife.”
The delegation from the Kogi State Ministry of Education, Science and Technology, led by its Perm. Secretary, Eric Aina, had earlier on Saturday paid a condolence visit to the aged mother of the late scholar.
The late Prof. Pius Adebola Adesanmi was born on February 27, 1972. Before his death he was the director of the Institute of African Studies at Carleton University, in Ottawa, Canada. He joined the university in 2006, after spending three years at Pennsylvania State University in United States, where he was assistant professor of comparative literatute.
He was educated at Titcombe College, Egbe, Kogi state, University of Ilorin, University of Ibadan and University of British Columbia.