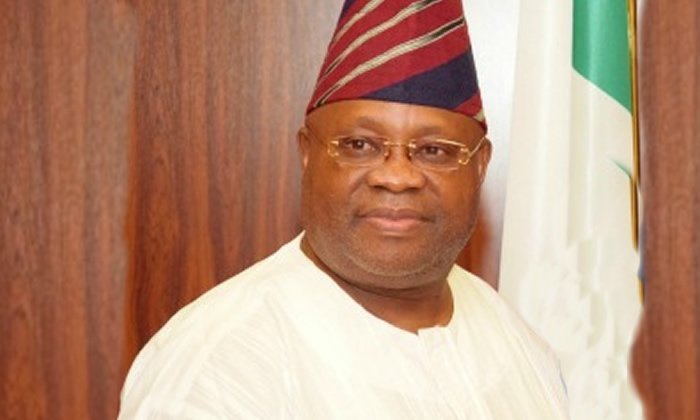 Governor Ademola Adeleke of Osun State on Monday urged his newly-appointed political appointees to brace up for the delivery of good governance, saying his administration will accord workers’ welfare priority.

He said this to his Chief of Staff, Alhaji Kazeem Akinleye, and Secretary to the State Government, Teslim Igbalaye.

A statement by Adeleke’s Spokesperson, Malam Olawale Rasheed, quoted the Governor as having said this at the swearing in of the duo on Monday.

Adeleke described the new appointees as “worthy sons of Osun and strong members of the Imole Team” with the best interest of the state at heart.

He said that they would help him to strengthen the capacity and capabilities of his administration to deliver on his five points agenda.

He said: “I task you to brace up to meet the challenges on ground.

“We are hitting the ground running by addressing a lot of complications we met on ground.

“It is your duty to be a team player and deploy your wealth of experience for the success of our administration.”

Speaking on behalf of other appointees, Igbalaye assured the governor of their readiness to support him in his strong desire to take Osun to the promised land.

He said they were all committed and faithful to the successful implementation of the five points agenda of the governor.

In another development, Rasheed said that an inter-faith service was held at the State Secretariat, Abere, Osogbo, where some clerics committed the governor and the state to God’s hands for a successful tenure.

He saidL “The Governor was hosted to an inter-faith service today at the state Secretariat with hundreds of civil servants jubilantly singing and dancing for the new state executive Governor.

“Clerics from the Christian and Muslim faiths took turn to pray for the governor and the state, just as various interest groups, adorn in various colours, also join in praising God.

“Governor Adeleke who engaged the state civil servants directly, at the occasion, promised them a government that will be favourable to the public service.”

Rasheed said the governor also promised that his administration would take workers’ welfare seriously, saying that the first item on his five points agenda is taking care of worker’s interest and conditions of service.

“I will be favourable to civil servants. You will enjoy my administration. We will be worker’s friendly in our policies and actions,” he quoted the governor as saying.