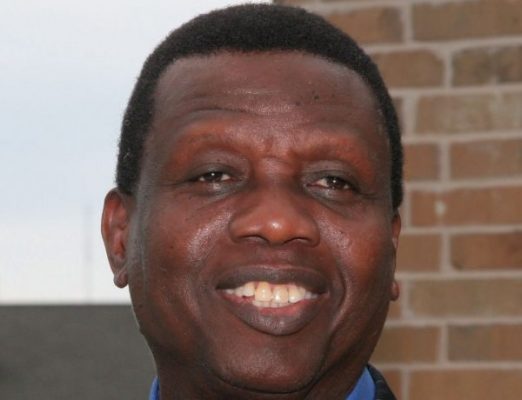 The Annual Holy Ghost Congress of the Redeemed Christian Church of God kicks off on Monday at the church’s Redemption Camp, Kilometre 46 Lagos-Ibadan Expressway.
The Congress, with the theme: “The Great Turnaround,” is scheduled to run from December 9 to 14, 2019.
To millions of people expected at the Camp from around the world and millions more of others to participate in the programme at viewing centres in their parishes, as well as those who will do so in their homes on radio, television and via the Internet, Pastor Enoch Adeboye, the General Overseer of the RCCG, has promised a “divine encounter with God.”
Adeboye assured intending worshippers of God’s steadfastness to perform His promise of the great turnaround, urging all those who will participate in the Congress to be “prayerful, focused and expectant for a special encounter with God.”
According to a source close to the organizers: “All is now set for programme of Biblical teachings, high praise and prayers attended by worshippers and dignitaries from all over the world.”
He said while the Church was looking up to God for a successful programme, everything was also being done to ease the pains from the traffic congestion likely to arise from the ongoing repairs of the Lagos-Ibadan Expressway
The Redemption Camp venue has been bubbling with pre-programme activities in the last couple of weeks with maintenance works on the internal roads, residential quarters and social amenities for the comfort and safety of worshippers expected from all over the world.
Giving more insight into the programme, an official said: “The Congress is strictly a spiritual event with focus on the faithfulness and goodness of God manifested in the Redemption plan accomplished by Jesus on the Cross.
“There shall be morning, afternoon and evening sessions during the programme.
“It all kicks off at 6pm on Monday with an evening session expected to run until about midnight.”
He added that there shall be six evening sessions (Monday-Saturday), while the afternoon sessions run on Tuesday, Wednesday, Thursday and Saturday.
Morning sessions run from Wednesday to Saturday and feature talks and prayers followed by personal ministrations, while the afternoon sessions are devoted to teaching and sharing of experiences by accomplished professionals and ministers of God in various areas of human endeavour, including marriage, business, ministry and healthy living.
Among the topics are opportunities in the bakery industry; sourcing money for business start-up; the risk of social media to personal security; and opportunities in goat farming.
Others include: practical guide to earning multiple incomes; exploring options for self-employment; enhancing corporate security through technology; and building on the foundation for lasting marriage.
The evening events constitute the main plenary sessions with ministration of the word led by Pastor Adeboye, personal and intercessory prayers.
The Congress has always also been characterised by miracles, signs and wonders and the anointing of mantles like handkerchiefs, which believers have used for healing miracles and even raising the dead.
The Annual Holy Ghost Congress, which was first held in the Lekki area of Lagos, with the theme: “Divine Visitation,” on December 18, 1998, came as a divine inspiration to worship God in an all-night affair.
Though estimated two million people were expected at the first programme, those in attendance were more than double that number.
In the quest for bigger space, better logistics and security, the programme was moved to the Redemption Camp, where it has been hosted ever since.
That movement also witnessed the expansion of the programme to a three-day affair from 1999 to 2001.
It metamorphosed into its present format of six days with morning, afternoon and evening sessions of teachings, prayers and healing sessions.
An achievement of the church, which is often kept silent, is its ability to feed millions of worshippers, many of who are also provided accommodation.