Adamawa says no government since 1999 advertised tender, set to challenge acquittal of ex-Governor 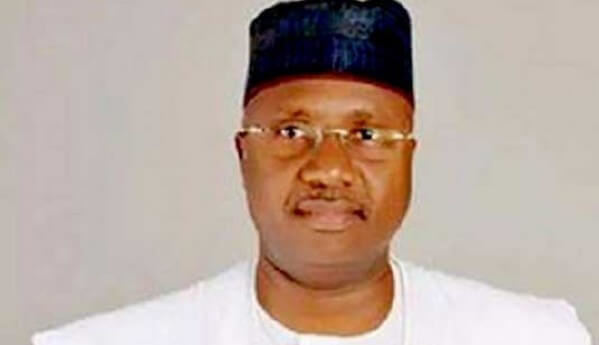 Share
Facebook Twitter LinkedIn Pinterest Email
The Governor of Adamawa State, Senator Muhammadu Umaru Jibrilla Bindow, said since the return of democracy in 1999 and up till 2015, there was no government in the state that advertised tenders for jobs in the State.
The Governor said this during the commencement of a three-day capacity building training workshop for local government tenders board and procurement officer nominees of the 21 local government councils of the state.
Declaring the workshop open, Bindow further said his administration will not condone corruption as it is determined to make sure that due process is followed by government officials as prescribed by the Procurement Act.
He emphasised that the All Progressives Congress believes in transparency and accountability, the reason Nigerians gave the party the mandate and his government will do everything possible to make transparency a cardinal issue of his administration.
Bindow said: “I will not tolerate local government officials awarding contracts without following due process of procurement law.
“You must be very transparent in all you do.
“By so doing, we will collectively be developing a new Adamawa State.”
Bindow warned the participants that whoever is found guilty of corrupt practices among them will face the wrath of the law and there will not be immunity for corrupt personnels in his government.
“Transparency and accountability, due process is one of the cardinal issues of why we have been elected,” he said
Also at the workshop, the Director General of Adamawa State Bureau of Public Procurement, Abba Bello Umar, said state government intends to go to the Supreme Court for the interpretation of the Court of Appeal judgement that discharged and acquitted former Governor James Bala Ngilari.
Umar said: “You may recall a conviction secured under the Adamawa State Public Procurement Law 2013, over which an accused was tried and convicted on the 6th March, 2017.
“The entire country applauded the government of Adamawa State and the painstaking effort of the Economic and Financial Crimes Commission and the support of Adamawa State Bureau of Public Procurement, which saw the timely considered judgement.
“As you are all aware that court determines based on facts before it and the reason for its judgement may differ from lower courts to superior court.
“The bureau is saddened with the judgement of the Court of Appeal, which did not see any reason for the conviction of the accused at the trial court, even on the glaring fact before it that the accused was in clear contravention of the BBP law and its regulations.
“We remain resolute in the fight against corruption through the procurement breach of process and we assure the entire state and necessary stakeholders in this struggle that an appeal against that decision is in process, which will test the judgement of the Court of Appeal in the Supreme Court.”