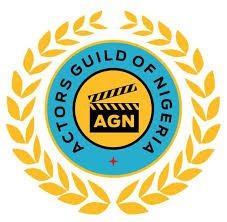 The Actors Guild of Nigeria says it has suspended a fast-rising Nigerian actress, Queeneth Hilbert, indefinitely from film production activities for unprofessional conducts.

Her services have also been withdrawn from all movie sets, according to a statement signed by the Guild’s Chief Press Secretary, Barthelomew Aguugo.

Aguugo said the Guild had received several complaints from producers and marketers against Hilbert bordering on breach of contract, and the body had investigated the claims.

He said the actress’s misconducts could tarnish the reputation of the association.

“Following our preliminary investigations into a series of petitions received from producers/marketers which border on your gross professional misconduct, this letter constitutes official notice of your indefinite suspension from the Actors Guild of Nigeria and film productions in accordance to our constitutional provision,” the statement quoted AGN president, Ejezie Rolla.

According to Aguugo, some of Hilbert’s professional misconducts include abandoning film sets without permission, gross negligence of production timing and protocols, breach of contract, collection of artistes fee without showing up for the production, among other complaints.

The Guild also said her case had been referred to the National Disciplinary Committee headed by Sam Dede for thorough investigation.

It also warned that the violation of the notice of suspension may lead to further disciplinary measures.