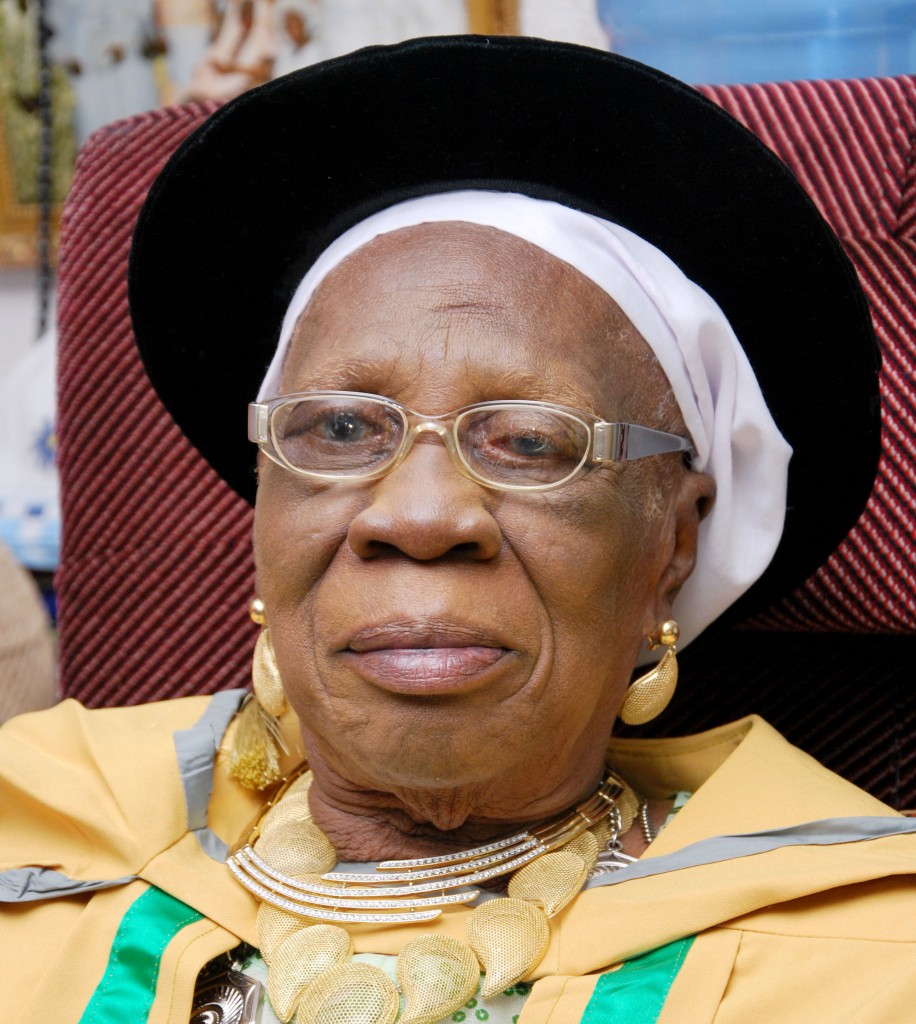 The Action Congress of Nigeria has commiserated with its leader, Asiwaju Bola Ahmed Tinubu, on the death of his mother, Alhaja Abibatu Asabi Mogaji, asking him to draw strength from the sweet memories of her remarkable sojourn in this part of the divide.
In a statement issued in Lagos on Monday by its National Publicity Secretary, Alhaji Lai Mohammed, the party said though no words are good enough to sooth Tinubu’s loss, he should take solace in the mammoth accomplishments of her mother, undoubtedly one of the greatest women of her time.
The ACN also paid tribute to the late Alhaja Mogaji, the President General, Association of Nigerian Market Men and Women, describing her as a major factor behind the success of the progressives, especially in the South-west.
The party said: “Despite her old age, her instincts remained sharp till the end, and she paid a close attention to what was going on around her, including the realignment of progressive forces aimed at making life better for the citizens, the plight of whom she made her passion throughout her lifetime.
“As recently as a few weeks ago, she still inquired about the progress of the realignment, a clear indication that she stayed true to her passion of ensuring better life for all even till the end.”
It said the greatest indication of her unyielding concern for the less privileged in the society was the fact that anytime the interest of her members – the market men and women – collided with that of the government during her son’s tenure as Governor of Lagos State, she sided with the members.
The ACN said Alhaja Mogaji would also be remembered for her dominance at the top echelon of the Association of Nigerian Market Men and Women for about half a century, during which she kept her dignity intact and made a giant stride in fighting for the interest of the association members.
The party added: “That she presided over such a massive body for such a length of time without soiling her reputation and that of her famous and highly-respectable lineage is a great testimony to her uprightness, decency, integrity, generosity, loyalty and firm principles.
“Over the years, those attributes also came in handy for her as she refused to be lured by anti-progressive forces, shunning whatever offer that could compromise such rare attributes. Having availed herself so creditably in her earthly sojourn, we pray the Good Lord to grant her a well-deserved rest and protect those she left behind.”
A former Governor of Edo State, Chief Lucky Igbinedion, also on Monday joined other Nigerians to commiserate with Tinubu over the death of his mother, describing Alhaja Mogaji as “a bridge builder”.