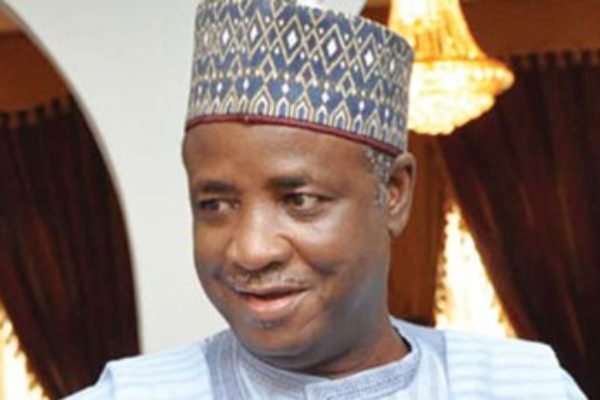 The Arewa Consultative Forum on Saturday inaugurated a 130-member committee for its 20th anniversary.
The News Agency of Nigeria reports that the ACF was set up in March 2020 following the infusion of the Turaki Committee, Northern Elders Forum and the Unity and Development Foundation to form the regional bloc.
It was formed after consultations among northern leaders, political elites and traditional leaders.
The committee saddled with responsibility of organizing a successful 20th anniversary celebrations is headed by Senator Aliyu Wamakko with Senator Geoge Akume and Arch. Ibrahim Bunu as deputies.
The Chairman of the ACF Board of Trustees, Malam Adamu Fiki, who inaugurated the committee in Kaduna, also named Alhaji Abubakar Girei and Engr. Umar Santuraki Gassol as secretaries.
Fika noted that the ACF had in its 20 years of existence played significant roles in the country, especially in the areas of peace and conflict resolution, maintaining political stability and entrenchment of democratic norms and cultures.
He added that the northern bloc had provided critical intervention during period of serious tensions in the country and offered informed and patriotic advice to government.
“We must at all time give tribute to the pioneer leaders of the forum who laid good foundation for its growth and achievements,” he said.
According to Fika, the founders had played remarkable parts in transforming the ACF into a formidable organisation in the country.
He said: “The next 20 years is for you the younger generation of leaders to move the Forum to an enviable position of strength so that it can withstand the challenges and demand of the 21st century North and Nigeria.”
Fika urged the anniversary committee to also suggest what role the Forum will play in the next 20 years.
In his speech, Wamakko assured that the committee would do a thorough and effective job that will uphold the enviable image and reputation of the ACF as a formidable and pragmatic organisation.
He said: “We are fully and unequivocally committed to wisdom and vision of the founding fathers of the organisation and are determined at all costs to sustain this vision.
“I am confident that everything necessary will be done to ensure the success of the anniversary events.”
NAN reports that members of seven sub-committees were later announced by Girei, the head of the secretariat.
They include Finance committee, chaired by Alhaji Baba Abubakar, and Alhaji Aliyu Ismail as deputy; Security, Rear Admiral Nuhu Nyam, and Brigadier Mohammed Umar
as deputy; Media and Publicity, headed by Bonni Haruna and Tambari Ahmed as vice chairman.
The rest include Venue, Protocols and Entertainment, chaired by Alhaji Murtala Mutawallen Gombe, with Hajiya Amina Baki as deputy; Contact and Mobilization, Colonel Musa Shehu and Ambassador Ibrahim Maisule; Technical committee, chaired by Malam Bukar Zarma, while Alhaji Mukhtar Yero is the deputy.