by The Eagle Online
in Entertainment, Movies
1 min read
0

The social media celebrity took to his Instagram page to post a short video of some throwback pictures with the caption: “We may not be where we want to be, but we’ve come a long way.”

He said: “No jokes, I don #RevvUp my hustle. If I hear say person laugh! Oya, drop your own Before & After pictures let’s post and laugh #revvupChallenge.” 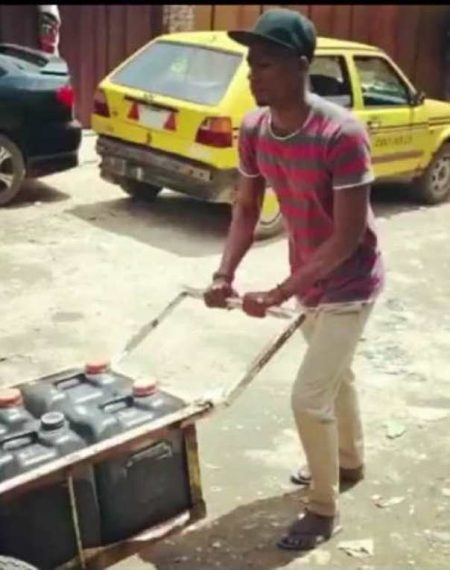 However, one of the photos, which stands, out was the one he took when he was a water truck pusher, locally known as Mai Ruwa.

Recall that the #DontLeaveMe challenge originator got noticed on social media for the first time when he featured in a comedy skit with another comedian, Longman.

However, it is safe to say that Josh2Funny has become acknowledged globally with his trendsetting skits such as #DontLeaveMe challenge and AllMyGuysAreBallers.