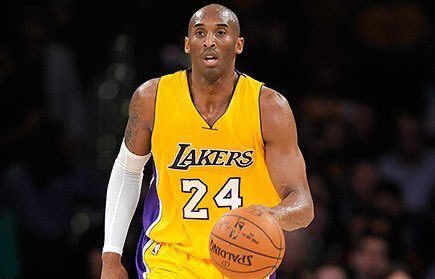 The AC Milan soccer team will wear black armbands and observe a minute’s silence during an Italian Cup game on Tuesday in memory of devout fan Kobe Bryant.
The seven-time European champions host Torino in the quarterfinals at the San Siro.
Bryant, an 18-time NBA All-Star with the Los Angeles Lakers and a lifelong soccer fan, died Sunday with his 13-year-old daughter, Gianna, in a helicopter crash near Calabasas, California.
He was 41.
Bryant grew up in Italy between the ages of six and 13 while his father, Joe Bryant, played basketball in the country.
Milan tweeted an interview with Bryant when he visited the club’s training facility a few years ago.
“Watching (Ruud) Gullit, (Frank) Rijkaard, (Marco) Van Basten and (Paolo) Maldini was always a dream for me,” Bryant said in Italian, wearing a Milan jersey. “It’s always been my favorite squad. Back in Los Angeles I have an AC Milan shirt and scarf inside my locker and I see them every day.”
Milan obtained special clearance for the tribute from the Italian league.
Torino tweeted that it will “emotionally” stand by Milan’s side during the tribute “in memory of this sports legend.”