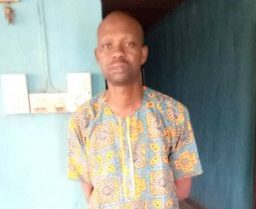 Some residents of the Federal Capital Territory, Abuja on Monday expressed their grievances over the continued attack and harassment by officers of the Nigerian Police Force in the name of preventing members of the Islamic Movement in Nigeria from their daily Free-Zakzaky Protest.

Some of the residents, under the auspices of the Concerned Abuja Residents, warned the police against trampling on the citizens’ rights in the process of dispersing peaceful protesters.

Their Coordinator, Ayide Danjuma Abdul, gave the warning during a press bringing in Abuja.

Abdul said: “Chaos should not be visited on Abuja residents in the name of Shiites purported attack.

“These people have been protesting for a well-known reason, and have not changed their demand; and they are quite civil and mature in their approach.

“If the government is indeed serious, let it answer them to close this chapter from top to bottom.

“Aside this, anything is hogwash.”

H”e said: “In this vein, on Tuesday, 21 January, 2020 a journalist, Mr. Alex Ogbu of Regent Africa Times was killed by Police. Likewise, a taxi driver was shot twice, first in the leg and then abdomen, while in his cab at Banex Plaza on the 28th of January, 2021.

“Several people have sustained different degrees of gunshot injuries due to police careless and indiscriminate use of firearm.

“In the same Banex, Wuse 2, more than four people got arrested last week. Even civil servants are not exempted as they have their parked cars badly dented a great deal.

“There is no excuse, whatsoever, for such wanton disregard for citizens’ lives, property and freedom.

“This must stop, and it should be now than ever before.

“The Police should note that both the residents and protesters deserved to be protected, not killed.”

Abdul said it was disheartening that more than four Abuja residents and passerby have been arrested and one other shot by police while on transit from Banex Bus Stop, Wuse District to their respective houses.

He said: “While waiting for the release of those arrested by police, we received a news that the FCT Police Command spokesperson, ASP Mariam Yusuf, alleging that some Shiites were caught trying to plot an attack against residents of Abuja.

“We are so worried about police officers being economical with the truth that we have to call the press for briefing, as it is a case of giving a dog a bad name in order to have it hung. An ill name is indeed half hung.”

The Coordinator said it is sad that the leaders in the country do not take lessons from bitter implications of having security agents demonising people to score a point.

Abdul, who said the IMN protesters have always engage in their rally peacefully, said: “Lies and half-truths do not unknot self-created problems.”

He said the reckless and carefree attitudes towards people’s lives must stop.